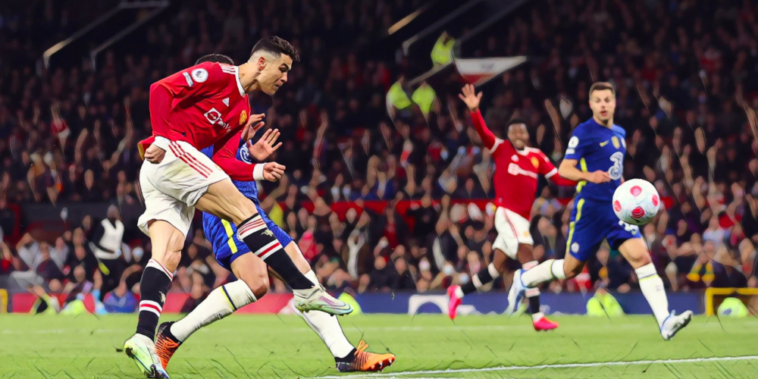 Ralf Rangnick has hailed the performance of Cristiano Ronaldo after the forward’s goal earned Manchester United a 1-1 draw with Chelsea.

United were dominated for large periods as the West Londoners exerted control at Old Trafford, but Ronaldo’s goal – which arrived just two minutes after Marcos Alonso’s opener for Chelsea – rescued the Red Devils.

Ronaldo’s goal was his 17th in the Premier League this season and moved the 37-year-old up to joint-second in the race for the division’s Golden Boot, with Rangnick admitting the veteran ‘can still be a big help’ to the side next season despite doubts over his future.

Rangnick praised the performance of the Portugal captain against Chelsea and admitted his side were ultimately fortunate to earn a point.

“We showed a good reaction in the second half, and it was a great finish from Cristiano Ronaldo. In the first half we had our problems and we needed a few great saves from David de Gea,” he told Sky Sports.

“Second half we did better and we got more control. You could see they are a top team, no coincidence they won the Champions League and we don’t have much confidence and had eight players missing.

“Although it was still a lucky draw, we earned it. At times we saw the gap, but they played with their best XI and we had players missing.

“We have problems with defending, not compact enough and not physical enough.

“Not only the goal Cristiano scored but his whole performance, his attitude at age of 37, this is not normal to do that. If he plays like he did today he can still be a big help to this team.

It is Erik’s (Ten Hag) and Cristiano’s decision for what he can do next but today his performance was really great.”

Read – Five of the best Manchester United vs Chelsea goals