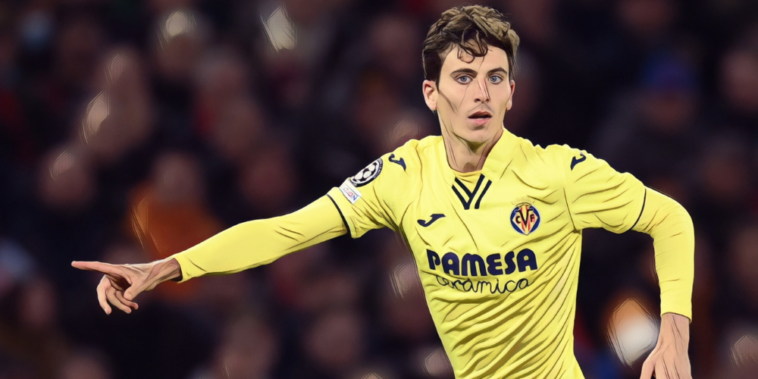 Chelsea are set to enter the transfer market for centre-back additions this summer, with a host of the club’s current options set to depart for pastures new.

Thomas Tuchel this week confirmed Antonio Rudiger will leave the West Londoners when his contract expires at the end of the season and the Germany international has agreed a deal with Real Madrid over a free transfer move to Spain.

Andreas Christensen is also expected to leave for La Liga with Barcelona expected to announce the free transfer signing of the Denmark international, a situation which leaves Chelsea in need of reinforcements.

Ahead of the summer transfer window, we look at five centre-backs Thomas Tuchel could target.

Pau Torres has been routinely linked with a move away from Villarreal in recent windows, but chose to remain last summer following the club’s Europa League success and Champions League qualification.

“The pull of playing the Champions League with the team from my town was bigger,” Torres said, as per The Guardian, in November. “I was clear from the start. This is only the fourth time Villarreal reached the Champions League, which shows how hard it is, and it was a dream to play in the competition with my lifelong club.

Pau Torres is attracting interest from top clubs again as his release clause will be valid this summer: €55/60m, available until the end of the market. 🟡🇪🇸 #transfers

Manchester United and Manchester City are both interested – Chelsea have also sent their scouts to follow him. pic.twitter.com/MH7bYNqe9h

“The president didn’t put pressure on me, even though they could make a lot of money. He always said ‘the decision’s yours’, that he’d respect it. I appreciate that.”

It has proven a rewarding decision following the club’s run to the Champions League semi-finals this season, though there is a sense that the Spanish side will find it hard to resist offers this summer.

Chelsea are among a number of sides – including Manchester United and Tottenham – being linked with the 25-year-old, who has earned 17 caps since breaking into the Spain side.

Comfortable progressing the ball in possession – he ranks second in La Liga for progressive carrying distance this season – and naturally left-footed, he could fit into the role Rudiger will vacate on the left-side of Thomas Tuchel’s defence.

Chelsea made an attempt to sign Jules Kounde last summer but were frustrated in their efforts, as Sevilla refused to sanction his sale after failing to secure an adequate replacement.

The 23-year-old has emerged as one of Spanish football’s best young defenders in Seville, breaking into the France national side after a series of impressive performances in La Liga.

Chelsea were unwilling to match the £68m release clause in the defender’s contract last summer and will hope Sevilla will lower their asking price if their interest is to be renewed.

Jules Koundé with a bullet header in off the post! 💥

Kounde has made 27 league appearances this season, with Sevilla having faded from a bright start to the season to sit third in La Liga at present.

The defender is athletic, agile and technically gifted, traits which make him ideally suited to performing in a back three system. His previous experience at full-back could make him the perfect right-sided centre-back in Chelsea’s system, providing an intimidating physical double-act alongside wing-back Reece James.

Matthijs de Ligt is perhaps the most ambitious transfer target on this list but is a name that has been regularly linked with a Premier League move.

De Ligt has developed into a key performer since signing for Juventus from Ajax, but there have been continued rumours of discontent from the Dutchman with the Bianconeri again adrift in the Serie A title race.

The Italian side would be reluctant to lose the 22-year-old, though a huge offer from West London could persuade Juventus to accept and reinvest into their rebuild.

Juventus spent €75m to sign De Ligt in 2019 and it would take an offer in excess of that fee to prise the Netherlands international from Turin, with much dependent on how Chelsea’s takeover situation unfolds in the coming weeks.

His arrival would provide the Chelsea backline with leadership and a talent who could be a fixture for the next decade, De Ligt an ideal long-term replacement for Thiago Silva.

Maxence Lacroix is on the radar of leading sides in search of centre-back signings this summer with the 22-year-old having emerged as one of the Bundesliga’s brightest talents.

Last season the Frenchman excelled at the heart of the Wolfsburg defence, with only RB Leipzig boasting a better defensive record as the German side secured Champions League qualification.

This season has proven more testing for Wolfsburg but Lacroix’s raw attributes make him an intriguing option for Chelsea to consider. Tall at 6’3” (190cm) and quick, only three players – among them Erling Haaland and Alphonso Davies – recorded a faster speed than the centre-back in the Bundesliga last season.

Lacroix’s physical qualities and grace in possession have seen him stylistically compared to Rio Ferdinand and he has the potential to develop into an elite defender as his rough edges are made smoother in the coming seasons.

His recovery speed could be a vital weapon for a leading side operating a high line, whilst his reading of the game is demonstrated with a Bundesliga-leading 106 interceptions so far this season.

Could one centre-back solution already be on Chelsea’s books?

The teenager has been outstanding in the second tier and could earn an opportunity in the Premier League next season, with Leicester having been interested in taking over his loan agreement during the January transfer window.

Predominantly a central defender but with the quality to operate at full-back if required, he is the latest exciting name to emerge from Cobham and could slot seamlessly into the left side of Chelsea’s back three.

Levi Colwill is another unbelievable talent from the Chelsea academy 📈

It is no doubt a huge leap from the Championship to the Champions League, but those who have worked alongside Colwill this season are in no doubt he has he potential to make the grade.

“Talent-wise, for his age, he is the best I’ve seen when I’ve either been playing or coaching,” Leigh Bromby, the head of football operations at Huddersfield, told GOAL.

“The chances, for me, are so high that he will go back and play for Chelsea and England.”