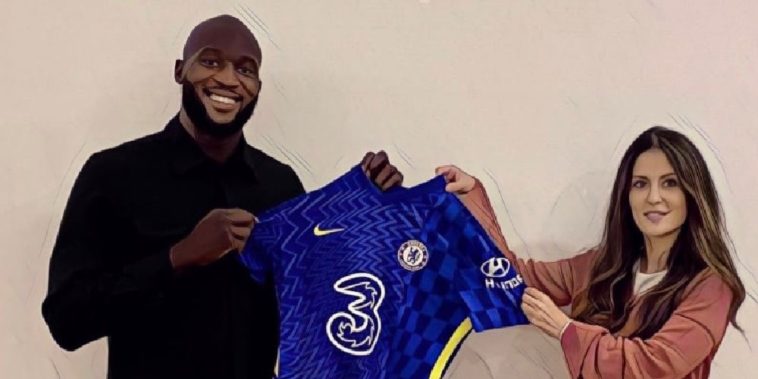 Thomas Tuchel says Romelu Lukaku is the ‘perfect addition’ to his Chelsea side after the club completed a £97.5m record deal for the forward.

Chelsea announced the club record signing of the Inter Milan forward on Thursday, with Lukaku returning to the west London side seven years after leaving for Everton in search of regular football.

The Belgium international has since established himself as one of the best centre-forwards in Europe and scored 64 goals in just 95 appearances for Inter, being named as Serie A’s Most Valuable Player following the Nerazzurri’s title success last season.

Tuchel has expressed his delight at securing a deal for the 28-year-old and believes Lukaku has the speed, power and personality to have a huge impact at Stamford Bridge.

“We’re very happy to have Romelu back in our squad. In terms of personality, speed, power, he can hopefully be an excellent addition for us,” he told his pre-match press conference.

“He has the power, he has the physique to help us. He has the experience and personality to have a huge impact. At the same time, he’s a humble guy and a true team player. He cares about Chelsea, so we all decided it was worth trying and fighting hard – and we’re happy that he’s our player now.

“He was super hungry to come back to Chelsea, he did everything he could to make it happen. He had a huge impact at Inter Milan, he was a huge player with all the responsibility on his shoulders and a big title for Inter last season, so it was actually very important to us that it was his desire to re-join Chelsea and to finish his story and his project at Chelsea in the way that he wants.”

Tuchel further emphasised his belief that Lukaku will fit perfectly into the Chelsea dressing room and says the Belgian can add a new dimension to the Blues’ attacking options this season.

“We have a strong bond and team mentality to help each other,” Tuchel said. “We think Romelu – having always had Chelsea in his heart – is the perfect addition to our group. He embodies all that we’re proud of at this club.

“We spoke on the phone. Right now, he’s following protocol and quarantining for a few more days.

“Last season, we came fourth, not second, so there some bridges to be built to close the gaps. We had a very strong half a season with the group with a fantastic ending and now a very exciting start with a trophy at the beginning.

“We were looking for a certain profile and Romelu fits it. He likes to play physical, he’s comfortable playing with his back towards the goal, but he’s also very, very strong in using his speed and pace.

“Romelu has a variety of strengths. He’s strong in the air, he’ll give us a new power when we cross from the side. We don’t have to change our style of play to make him shine. He has a charisma, he is a good age, he’s a leader. Hopefully he can be a leader in our group.”