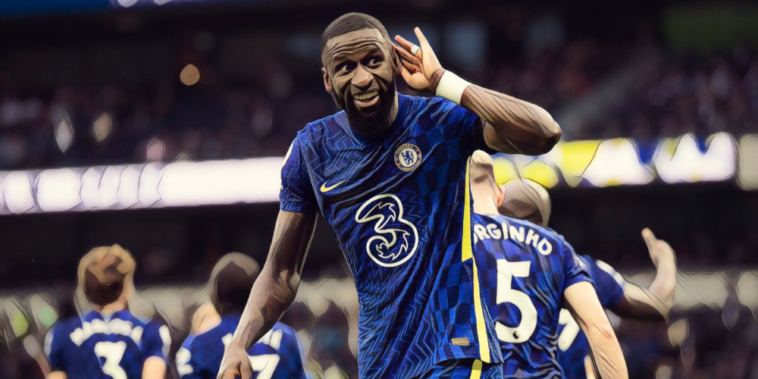 Thomas Tuchel is ‘confident’ that Antonio Rudiger will remain at Chelsea next season despite the defender approaching the end of his contract.

Rudiger is set to become a free agent this summer and Chelsea are unable to negotiate terms on a new deal amid the current sanctions placed on owner Roman Abramovich.

The Germany international is interesting leading clubs across Europe with Real Madrid and PSG linked with a move, whilst reports this week suggested Rudiger’s representatives had been in Barcelona for talks with the Spanish side.

Two Premier League rivals are also understood to be monitoring the situation of the defender, who has been an integral figure in Chelsea’s success under Tuchel.

Speaking ahead of Chelsea’s clash with Brentford this weekend, Tuchel insisted he remains confident that an agreement can be reached for Rudiger to remain at Stamford Bridge next season.

“I would try to meet him [Rudiger] if I were any other club,” said Tuchel his pre-match press conference.

“Still he’s our player and I still think we have a good chance he stays our player once things are solved for us.

“The situation is the situation at the moment. Our hands are tied, we cannot speak to him and offer him or negotiate or renegotiate with his agents. So it is fair enough if he listens to other offers. That is the way things go but I’m still confident.”