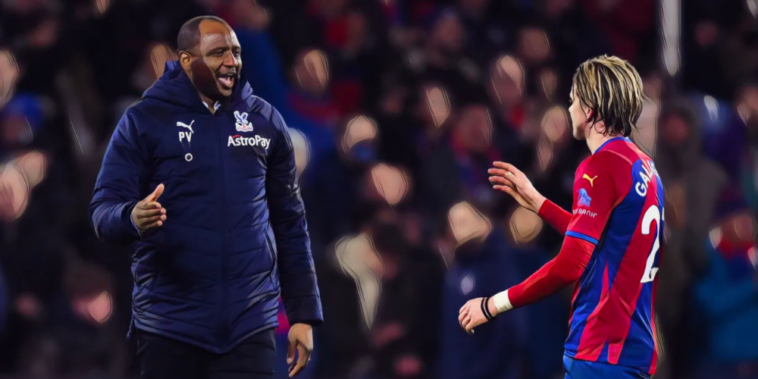 Liverpool kick-off the weekend action with a home clash against Watford at Anfield, the Reds having closed the gap on Manchester City to just a single point before the international break.

City will travel to Burnley later in the day looking to push the Clarets closer towards the Premier League’s relegation trap-door, with time also running out for Norwich who make the trip to Brighton.

Elsewhere Manchester United face a must-win against Leicester, whilst Champions League-chasing Arsenal face a tricky trip across the capital on Monday evening.

Ahead of the Premier League’s weekend action we’ve picked out some of the division’s major talking points.

Watford face an unenviable task in stopping Liverpool this weekend, the Reds having won nine consecutive Premier League games to move firmly back into the title race.

Liverpool will hope the international break has not halted their momentum and one player who will be relishing the return to club action is Mohamed Salah, following another disappointment on the international stage as Egypt failed to secure World Cup qualification.

Salah missed his penalty in Tuesday’s loss to Senegal and despite featuring for 120 minutes will be keen to get back to his club side, with much to play for as Liverpool compete on multiple fronts.

Salah has an excellent record against Watford – scoring nine goals in seven games against the Hornets – and Roy Hodgson’s side should be wary of a wounded animal at Anfield this weekend.

Gareth Southgate and several senior England names were quick to defend Harry Maguire this week, after the defender was greeted with jeers from his own supporters during the international break.

Maguire has endured a difficult season with his club form erratic, though the boos at Wembley were baffling for a number of reasons.

Total embarrassment from whoever boo’d tonight. @HarryMaguire93 has been incredible every single time he’s put on the England shirt. Absolute nonsense now it’s becoming. Back your own players. Especially with a Major tournament coming up. https://t.co/OdqM9F0Uw8

The majority of the London-based crowd will likely have no allegiance towards – and perhaps an active dislike – of Manchester United, whilst Maguire has been an important figure in England’s recent successes and performed well during the win over the Ivory Coast.

The centre-back faces former side Leicester this weekend in a must-win clash for the Red Devils and the hope will be that Old Trafford – regardless of their own frustrations with the performances of the club captain – can rally around a player enduring a testing period in his career.

It’s fair to say Manchester City have had the better of recent encounters with Burnley, winning the last nine meetings between the sides in all competitions at an aggregate score of 32-1.

The Clarets host the Premier League champions this weekend on a run of three consecutive defeats, without scoring, and few will envisage an upset when the teams meet at Turf Moor on Saturday.

Even in the absence of Ruben Dias and John Stones, the visitors should have more than enough to cope with a Burnley side lacking confidence and firepower.

Bigger games are on the horizon for Sean Dyche and his struggling side, with upcoming games against Everton (H) and Norwich (A) set to define their season.

Eriksen back to his best?

Even given his public desire for people to view him as any ordinary footballer, it is impossible to ignore the feel-good narrative of Christian Eriksen’s return to the game.

Eriksen has shown encouraging sides since making his return at Brentford, following the traumatic scenes of his cardiac arrest and collapse at Euro 2020.

The international break provided another fairytale chapter as the midfielder scored within two minutes of his return to the Denmark side, before adding another goal – as captain – on his first appearance back at Copenhagen’s Parken Stadium, the venue where he almost lost his life just eight months ago.

Eriksen’s return has been remarkable and the 30-year-old is edging ever closer towards his best ahead of Brentford’s clash with Chelsea this weekend. The Bees’ circumstantial signing of Eriksen was deemed a coup on completion and is looking even better now.

Tottenham to up the pressure on North London rivals?

Back-to-back wins have reignited hopes of a top four finish for Spurs this season, with the win over the West Ham before the international break a huge result for Antonio Conte’s side.

That win all but ended the Hammers’ hopes of Champions League football through their league finish, whilst it kept Spurs within touching distance of Arsenal in fourth.

Three points separates the sides heading into this weekend’s fixtures, though Spurs have played a game more. Conte’s side can take a psychological advantage with a two-goal win over Newcastle this weekend, a result which will move Spurs into fourth ahead of Arsenal’s trip to Crystal Palace.

Palace have been awkward opposition for the top sides this season and Spurs can increase the pressure on the North London rivals with a win against a Newcastle team all but assured of Premier League safety.

West Ham’s comparatively thin squad has been stretched to its limits this season and the Hammers’ league form has wobbled in recent weeks, winning just two of their last six to fall adrift in the race for a top four finish.

European football remains well within reach for the seventh-placed Hammers, but the prospect of major silverware and Champions League qualification through winning the Europa League could now become the focus.

West Ham face Everton in the Premier League on Sunday, before meeting Lyon in the first leg of their quarter-final tie on Thursday evening.

David Moyes could look to keep key personnel fresh for the French side, with the club’s win over record six-time winners Sevilla in the previous round having raised hopes of a European success, even with Barcelona potentially awaiting in the semi-finals.

International break has provided Marsch with time to implement ideas

The break will have provided the new manager with a chance to implement his ideas further, after dramatic back-to-back wins before the pause for internationals.

🎙 𝗝𝗲𝘀𝘀𝗲 𝗼𝗻 𝗞𝗮𝗹𝘃𝗶𝗻 𝗮𝗻𝗱 𝗟𝗶𝗮𝗺: “They’re both in contention to start, probably not 90 minutes fit but really close. They're both feeling good, and we’re excited to have them in the group. They can have a massive impact.” pic.twitter.com/d4WWVRajBL

Those wins have provided vital space from the Premier League’s bottom three and a clash with struggling Southampton this weekend provides another chance to pull clear.

Kalvin Phillips could make his first appearance since December and Leeds have missed the presence of the England midfielder in his absence this season.

Vieira offers awkward match-up for his old side

Arsenal are heading towards Champions League qualification for the first time since 2016/17, sitting fourth in the Premier League after a run of six wins from their last seven league matches.

Mikel Arteta’s side have overcome some challenging contests to move into a strong position, including a narrow 1-0 win at Aston Villa before the international break.

Looking ahead to another special atmosphere under the lights 👊#CPFC

Monday evening will be another test of their credentials as Arsenal come up against former captain Patrick Vieira and Crystal Palace, who have shown this season they can upset England’s elite.

Palace have beaten both Manchester City and Tottenham so far this season, whilst the Eagles were a 95th-minute Alexandre Lacazette equaliser away from taking three points at the Emirates in the return fixture between the sides.

Another win here will be a major step for Arsenal, ahead of huge clashes with Chelsea and Manchester United later this month.