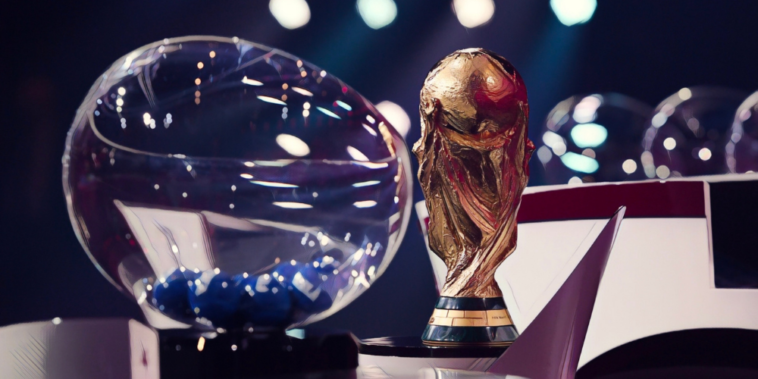 The draw for the 2022 World Cup in Qatar has been made as the competing teams learn their opponents for this winter’s tournament.

Wales and Scotland were both included in the draw despite not yet confirming qualification, with the two sides potentially meeting in a decider to qualify. Scotland’s play-off semi-final with Ukraine has been postponed as a result of Russia’s invasion of Ukraine and the winner of that rearranged tie will take on Wales for a place in Qatar.

The two home nations will however have an added incentive to reach the finals, where they were picked out of the hat to potentially face old rivals England.

The Three Lions were in Pot One alongside host nation Qatar and the six other highest-ranked nations and aside from a home nations clash, Gareth Southgate’s side were also drawn against USA and Iran.

France, the defending world champions, have been drawn to face Denmark, Tunisia and the winners of intercontinental play-off match 1, either Peru, Australia or the United Arab Emirates.

Elsewhere, Brazil – the record five-time winners – will take on Serbia, Switzerland and Cameroon, while there is a tasty looking clash in Group E as Spain will take on Germany.

Group H also looks interesting as Portugal, Uruguay, South Jorea and Ghana were all grouped together, a group that features plenty of Premier League interest.