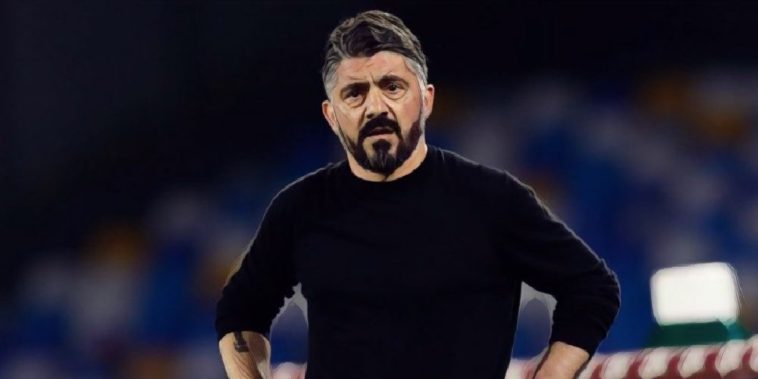 Tottenham’s pursuit of a new manager has taken yet another twist after the north London side swiftly decided against the appointment of Gennaro Gattuso.

Gattuso emerged as a shock candidate for the role on Thursday after talks with former Roma and Shakhtar Donetsk manager Paulo Fonseca broke down, the latter having failed to come to an agreement with the club over financial issues.

Gattuso’s name circulated following that news after the Italians departure from Fiorentina, the 43-year-old having incredibly walked away from the club just 23 days after his appointment following a disagreement with the Italian side’s board.

The Athletic are now reporting that Spurs have opted against appointing Gattuso despite talks between the manager and club, with the north London side’s fanbase having reacted angrily to the potential appointment given past comments from the former Italy midfielder on subjects such as same-sex marriage, women in football and racism.

Tottenham’s protracted search has turned into a saga now looks set to continue with the club struggling to find the ideal successor to Jose Mourinho, who was sacked in April.

Julian Nagelsmann, Erik ten Hag, Mauricio Pochettino, Antonio Conte, Fonseca and now Gattuso have all emerged as potential replacements, though none of those pursuits have proven fruitful and Spurs have much work to do to prepare for the new season.