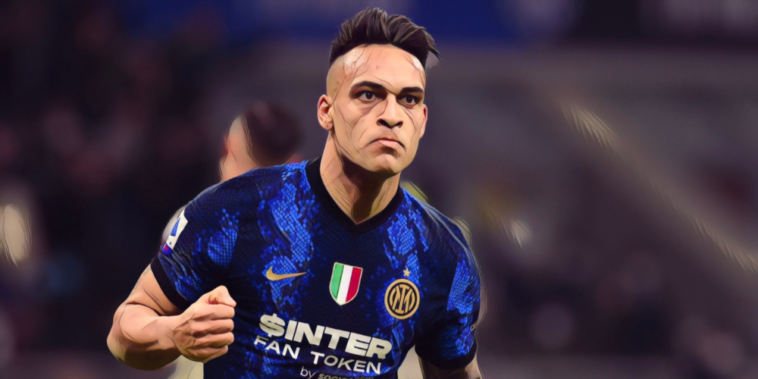 Tottenham are preparing a bid worth around £77m to sign Lautaro Martinez from Inter Milan, with Antonio Conte keen to reunite with the forward in north London.

Conte wants to work with the Argentina international once again after their shared success at Inter, with the Premier League side ready to make a club record bid.

Italian journalist Alfredo Pedulla, as per the Express, is reporting that Spurs are ready to test Inter’s resolve with an offer worth more than €90m (£77m) for the 24-year-old.

“Lautaro Martinez wants to stay at Inter at all costs. But Tottenham, who are working on Kane’s renewal, will make an important proposal for Lautaro, from €90 million upwards I am told,” he told TV channel Sportitalia.

“Then legitimately he can decide to evaluate, to stay. But Tottenham will make an attempt.”

Martinez scored 21 league goals last season and was a central part of Inter’s title-winning team under Conte in 2020/21.

Inter are interested in a deal to bring Romelu Lukaku back to the club from Chelsea and have opened talks over a potential loan deal, whilst the Italian side are also understood to be considering a move for free agent Paulo Dybala.

The arrivals of that duo could pave the way for Martinez’s exit as Inter look to balance the books this summer, with both Milan Skriniar – who has attracted interest from Paris Saint-Germain – and Denzel Dumfries among the names who could leave should suitable offers arrive.