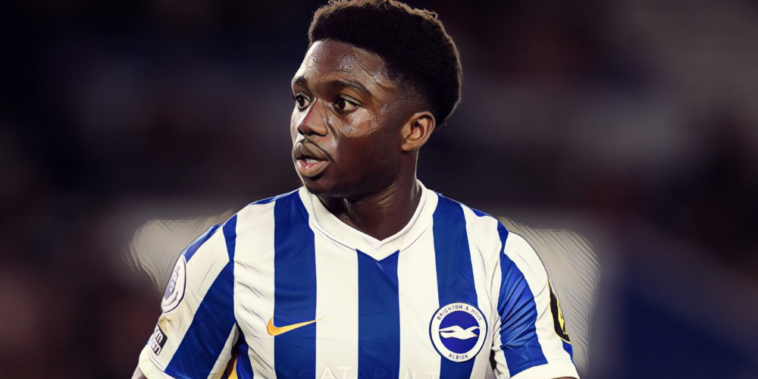 Tottenham and Arsenal are interested in signing Tariq Lamptey with the north London rivals considering bids for the Brighton defender.

Lamptey has flourished since leaving Chelsea to sign for Brighton in January 2020, establishing himself as one of the most exciting young defenders in the division with a series of impressive performances at wing-back.

The 21-year-old missed the second half of last season with a hamstring injury but has since returned to the Seagulls’ side and is understood to be attracting interest from Premier League rivals.

The Express are reporting that Tottenham and Arsenal are considering bids for Lamptey, who is valued in the region of £50m at Brighton.

Antonio Conte is keen on the defender as he seeks a replacement for Matt Doherty at Spurs, with the Republic of Ireland international linked with a return to former side Wolves.

Wolves submitted an offer for the 29-year-old – who has failed to start a league fixture for Spurs this season – earlier this week as the club look to bring the right-back back to Molineux, while Nelson Semedo has been linked with Atletico Madrid as a potential replacement for Newcastle-bound Kieran Trippier.

Arsenal have been regularly linked with the England u21 international in recent months, though summer signing Takehiro Tomiyasu has impressed at right-back since his arrival from Bologna.

Brighton will be reluctant to lose Lamptey this month and any deal may have to wait until the summer for a player signed for just £3m two years ago.