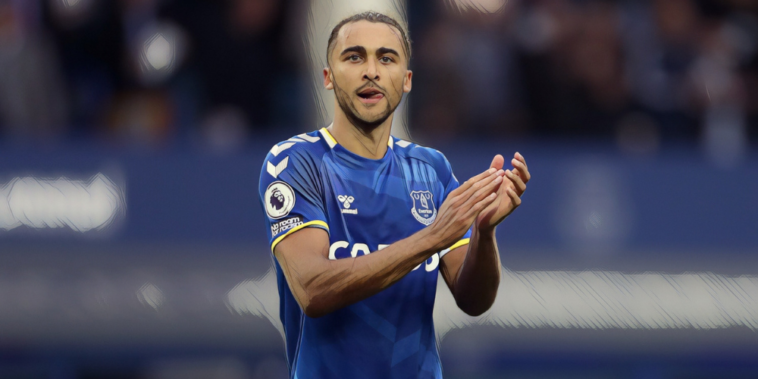 Whilst the Premier League season has been filled with players who have shone so far, there are a number of notable names who will be hoping the second half of the campaign can lead to an upturn in fortunes,

Either as a result of fitness issues or finding themselves out of the favour at their respective clubs, these five stars will be hoping for increased minutes across the remainder of the 2021/22 season.

Here are five Premier League player we haven’t seen enough of this season.

Everton have endured a difficult season with Rafael Benitez coming under increasing pressure, the Toffees 15th in the division with the anxiety and unrest growing at Goodison.

Benitez’s first season in charge has not been helped by a succession of injury problems, most notably the absence of Dominic Calvert-Lewin who has made just four league appearances for the campaign.

Calvert-Lewin began the season in fine form after scoring in each of Everton’s first three games, but was then ruled out for the remainder of 2021 and only made his first appearance since August on January 2.

Everton have struggled in his absence with the 24-year-old having become an irreplaceable figure in the side, providing energy, athleticism and an improving goal record after scoring 21 goals in all competitions last season.

Replacement Salomon Rondon has proven a pale imitation of Calvert-Lewin’s forward presence, with his return having been welcomed as Everton look to move away from the Premier League’s bottom three.

The forward will hope for a strong – and injury free – end to the season, as he looks to rediscover his form and regain his place in Gareth Southgate’s plans for England.

He will need to shake off the rustiness of his first appearance against Brighton, however, crashing a penalty off the crossbar with his first shot since August 28.

Donny van de Beek’s situation at Manchester United has been a repetitive narrative in recent months, the midfielder having failed to earn a regular run in the side since his arrival from Ajax in 2020.

The Netherlands international started just four league fixtures during a disappointing debut campaign and his fortunes have only worsened during the current season, totalling just 68 minutes of Premier League action across seven substitute outings.

The arrival of Ralf Rangnick as manager has done little to improve his status with Van de Beek yet to earn a chance under the interim boss, a winter window move becoming increasingly probable for a player whose career has stagnated at Old Trafford.

Regarded as one of the most promising midfielders in Europe at the time of his arrival in England, he has found himself unsuited to the system at United and continually overlooked for a place in the side.

Leicester’s signing of Patson Daka was viewed as a coup last summer, with the forward having attracted significant interest following a prolific period at Red Bull Salzburg.

Daka scored 27 goals in 28 league appearances for the Austrian champions last season, but has had to be patient for his chance in the Premier League given the presence of Jamie Vardy and Kelechi Iheanacho at the King Power Stadium.

The 23-year-old has started just two league fixtures this season, but has shown glimpses of his capabilities with two goals and three assists in the Premier League.

Daka has also scored five goals in five Europa League games – including a stunning four-goal haul at Spartak Moscow – and has averaged a goal or assist every 82 minutes for Leicester across all competitions this season.

With Vardy sidelined for over a month through injury and Iheanacho away at the Africa Cup of Nations, Daka could be given a chance to impress on his own return from injury this month and will hope to grasp his opportunity.

Leeds have failed to replicate last season’s performances during the opening months of the 2021/22 season, with the absence of Patrick Bamford a major factor in their decline.

Marcelo Bielsa’s side have had a number of key absentees throughout the campaign, but the loss of Bamford has perhaps been their biggest blow with the forward having scored 17 goals during their return to the Premier League last season.

The 28-year-old also provided seven assists and leads the press for Biela’s side, his work-rate and link-play crucial to the innovative system and style Leeds operate in.

Bamford has made just five league starts due to ankle and hamstring injuries, but has provided four goal involvements (2G, 2A) in his limited action this season.

Bamford could return for the u23 side in midweek and his impending return to first-team action will be a huge boost to a Leeds side who have scored just 21 goals from 19 games.

Joe Gomez has found himself on the fringes of the Liverpool team this season, failing to reclaim a place in the Reds’ side following his return from injury.

Gomez missed seven months of last season after sustaining a serious knee injury in England training and has since struggled for minutes this term, finding himself behind Virgil van Dijk, Joel Matip and summer signing Ibrahima Konate in the pecking order at Anfield.

The 24-year-old has endured his fair share of fitness issues in recent campaigns, but has been an important member of Liverpool’s recent successes and impressed during the club’s Premier League title triumph in 2019/20.

Recent reports have suggested that Real Madrid and Aston Villa are watching his situation, with Gomez having failed to start a league fixture in 2021/22. He has made just four starts across all competitions, featuring three times in the League Cup and during the Champions League win over AC Milan in September.

The centre-back will hope for increased minutes across the second half of the season as he looks to reclaim a regular role for club and country.