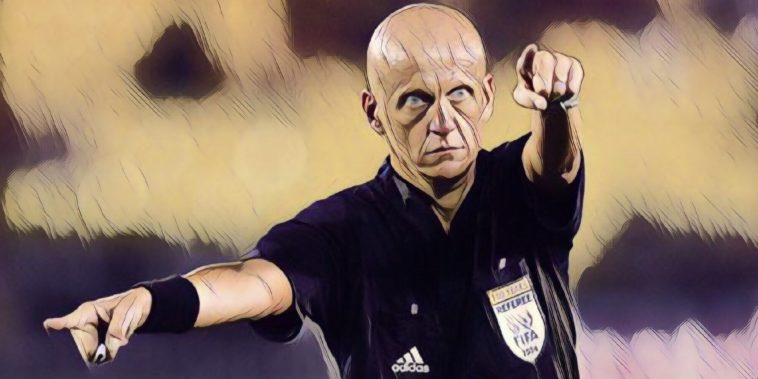 Former referee Pierluigi Collina has insisted that VAR is working, although it isn’t yet working with absolute perfection.

The bald headed Italian, who is widely regarded as one of the greatest referees of all time, is now the chairman of the FIFA referees committee and has been speaking about the Video Assistant Referee insisting that it is working… and providing the stats that seem to back it up.

It has always been a contentious topic of conversation among fans and pundits alike, but with so many high profile mistakes occurring on a seemingly weekly basis in the Premier League alone, the introduction of VAR seems almost inevitable within Europe’s top leagues in the coming years.

It’s initial trials around Europe, and even during last season’s FA Cup have seen mixed results, but with a few tweaks and modifications along the way it has been used to very good effect during this summer’s World Cup. While not every decision has been spot on, Mr Collina has given his backing to the VAR system:

“We were aware VAR could interrupt the flow of play and time could be lost, so we wanted as few interventions as possible,” he said.

“But we noticed there were a few complaints – understandable complaints – about maybe doing more on-field reviews, so we thought it would be a good idea to do that so the decisions were better accepted on the field.”

With 48 games having been played so far in his summer’s World Cup, Collina said there have been 335 incidents checked by the Video Assistant, resulting in 14 on-field reviews made by referees and three reviews made by the VAR team on “factual decisions”, such as off-sides.

Of these incidents, referees had correctly called 95 per cent of them without VAR. However, when using replays, this improved making the correct call to 99.3 per cent.

“We have always said VAR doesn’t mean perfection – there could still be the wrong interpretation or a mistake – but I think you would agree 99.3 per cent is very close to perfection,” said Collina.

There have been calls for Football to adopt a similar style system to Cricket and Rugby where the communications between the Referee and VAR are broadcast, but Collina has said that ‘it’s a bit early for that’ at the moment:

“Before running you have to learn to walk. I don’t know what’s possible in the future but I think it’s a bit early for that now,” he said.

“I agree it would be interesting, though, and would perhaps make decisions better accepted by the football community.”