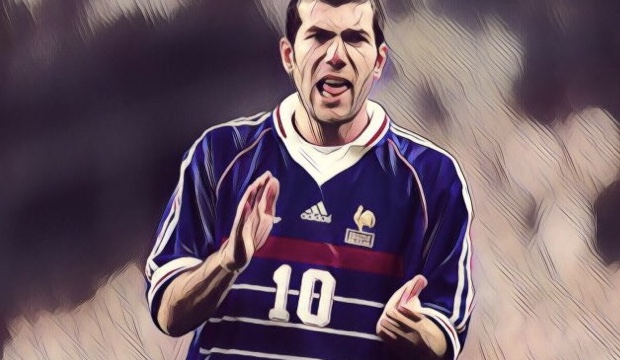 For many of us, Zinedine Zidane was the most impressive footballer of a generation. He won everything as a player and he’s continued in the same vein as a manager.

He didn’t say a whole lot, preferring to let his feet do the talking but as you can imagine, the football world has had a lot to say about him over the years.

Here’s our collection of some of the more memorable quotes about the great Zizou.

“The most elegant footballer I have ever seen.” – Gary Lineker

“A true artist. What he could do with the ball was incredible. Only Maradona could do the same. Zizou was also a player capable of rising to the occasion at important moments, and deciding games.” – Marcel Desailly

“To train with Zidane for three years was a dream. For me, he is the greatest player of all time.” – David Beckham

“Zidane is one of the best footballers of all time, one of my idols. He had such elegance and grace, a wonderful touch and superb vision.” – Ronaldinho

“I think he was born with a ball at his feet. I think when the doctor pulled him out, he said ‘This is weird, there is a ball here!’ – Emmanuel Petit

“He dominates the ball, he is a walking spectacle and he plays as if he had silk gloves on each foot. He makes it worthwhile going to the stadium – he’s one of the best I have ever seen.” – Alfredo di Stefano

“To see Zidane in action was to witness poetry in motion. The skills, the vision, the goals . . . he was a sublime performer. When he was at his peak, winning the World Cup, the Champions League and all the rest, he was unquestionably the finest player on the planet.” – Paul Scholes

“When Zidane stepped onto the pitch, the 10 other guys just got suddenly better. It is that simple. It was magic. He was a unique player. He was more than good, he came from another planet. His team-mates became like him when he was on the pitch.” – Zlatan Ibrahimovic

“Every piece of advice he gives you is like gold dust and it helps you improve on the pitch.” – Luka Modric

“Zidane is the master. Over the part 10 years there’s been no-one like him, he has been the best player in the world.” – Pele

“In France, everybody realized that God exists, and that he is back in the French international team. God is back, there is little left to say.” – Thierry Henry

“The greatest player of the past 20 years? It has to be Zidane. He had everything. You never needed to tell him anything as he did it all by himself and knew what was expected.” – Marcello Lippi

“I would give up five players to have Zidane in my squad.” – Cesare Maldini

“He was as elegant as a dancer – he even used the soles of his boots efficiently. Everything was easy for him; he made such movements that if I tried to copy them I would break my legs.” – Franco Baresi