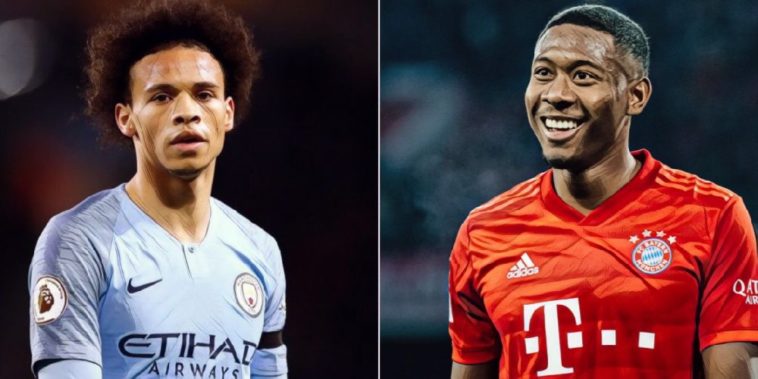 Karl-Heinz Rummenigge has dismissed talk of a potential swap deal involving David Alaba and Leroy Sane as a ‘fairy tale’, admitting that Bayern Munich’s transfer business is ‘on hold’ amid the ongoing coronavirus pandemic.

The Bavarian giants have a long-held interest in signing Man City winger Sane, with reports earlier this week suggesting that Bayern would be willing to offer David Alaba in part-exchange for the 24-year-old.

Alaba was a key part of Pep Guardiola’s side during his time in charge at the Allianz, the Austrian international operating in a more central role under the Spaniard, though Bayern Munich chairman Rummenigge dismissed the possibility of a swap deal in a bid to land Sane as ‘nothing to do with reality’.

“As I’ve heard, rumours are circulating that we would like to hand David Alaba over to Manchester City in exchange for Leroy Sane,” Rummenigge told TZ.

“In addition, I say very clearly: This is Grimm’s Fairy Tale and has nothing to do with reality.”

“I would like to say very clearly that this is not an option for Bayern at all, we are not in the bazaar,” he added.

European football has ground to a halt as a result of the ongoing coronavirus pandemic, and Rummenigge has predicted that the crisis will ultimately see transfer fees and wages across the game reduced, adding that the club have put all talk of transfers ‘on hold’.

“No one knows today exactly how the coronavirus crisis will affect football in the coming weeks and months,” he added. “Therefore, we have put the topic of newcomers on hold.

“But I can already predict one thing today: Both the transfer fees and the salaries will now be re-checked by all clubs across Europe. Supply and demand will regulate and adjust the market.”