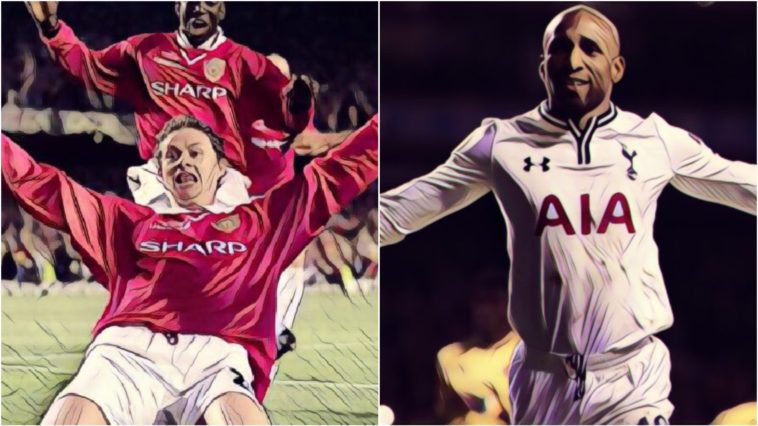 From Solskjaer to Chicharito, the Premier League has been home to a host of super subs known for making an instant impact on a game after coming off the bench.

The Mexican striker added to his reputation on Saturday by scoring a late brace after coming off the bench to help West Ham United complete a spectacular 4-3 comeback win over Huddersfield Town, moving him up to third on the all-time list for goals by a substitute.

Javier Hernandez overtook three strikers, all of whom are tied on 17 goals, which means this list actually contains six players, but we couldn’t bear the thought of leaving one out in the cold.

Discovered by Ajax in the nineties, the Nigerian striker became a cult hero at Arsenal, where Thierry Henry and Dennis Bergkamp reigned supreme, before later lining out for West Brom and Portsmouth.

Despite a promising spell on loan at Bolton Wanderers early in his career, Sturridge could never break into the Chelsea starting line-up and so left for a life on the bench for Liverpool. The Man City academy graduate had one terrific season at Anfield before injury curtailed his on-field excellence, and he had to once more get used to being a regular substitute. Even a loan move to struggling West Brom last season could not put an end to his days in the dugout.

The Norwegian goal machine may not be top of this list, but he is the man who scored arguably the most famous goal by a substitute in the history of football in the 1999 Champions League final. That, and he found the net four times in ten minutes after coming off the bench for Manchester United against Nottingham Forest that same season. Fittingly, Solskjaer scored off the bench on both his first and last games for the Red Devils.

Once annointed the ‘next Ole Gunnar Solskjaer’, Hernandez excelled off the bench for both Man United and Real Madrid before pitching up at West Ham, with whom he has scored 15 goals in the Premier League.

See Also: Five of the Best — Assist to goal partnerships in the Premier League

The Frenchman joined Arsenal at a snip for £9.6m after helping Montpellier win Ligue 1 in 2012, going on to win three FA Cup titles with the Gunners. Last January he made way for Pierre-Emerick Aubameyang, joining cross-town rivals Chelsea, where he has been almost exclusively used as an impact sub.

Speaking of making an impact, few players embody that more than Jermain Defoe. As impactful on his debut — he’s scored on all but one club debut — as he is off the bench, the east Londoner is the seventh highest goalscorer in Premier League history. Currently lining out for Rangers under the management of Steven Gerrard, Defoe’s best years were spent in Tottenham, where he scored 143 goals over two different spells at Spurs.