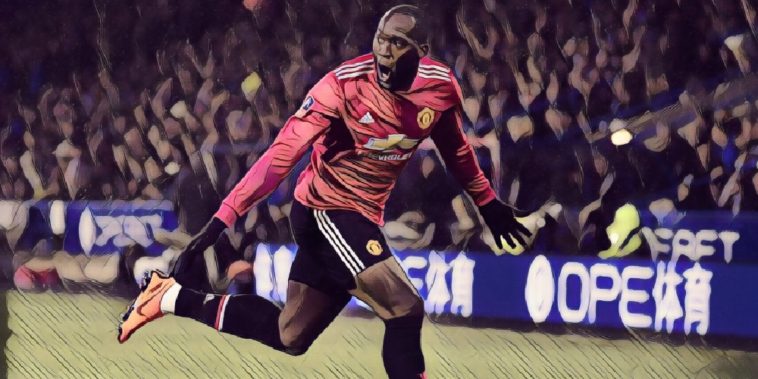 Having a good striker is so important to a team’s aspirations as rarely can a team be successful without having somebody clinical up front. Someone who even when they aren’t having a good game can still finish a big chance when they get one.

If you look through every Premier League Champion you’re likely to find one of those players in every one of those sides.

Even though we now sometimes see wingers get 20+ goals a season it doesn’t mean that strikers are obsolete. This is made clear by the huge amounts of money clubs have spent on their forward line recently. So with the summer transfer window about to open we take a look at the five most expensive strikers in Premier League history …

This was one of the most talked about transfers in Premier League history. As Fernando Torres, who had lit up the Premier League with Liverpool moved to title rivals Chelsea. It was so talked about because at the time Torres was the Reds star player alongside Steven Gerrard. So, some people in Merseyside were very unhappy at the Spaniard’s decision to leave.

For a time at Liverpool Torres was unstoppable as he was quick, strong and a lethal finisher. He really was the complete striker. People usually say that this transfer ruined El Nino’s career as they claim that his dip in form coincided with him joining Chelsea.

That’s not strictly true though, as he was a shadow of his former self in the World Cup 2010 which happened six months prior to his move to London. That form poor which continued into the season with Liverpool then carried on after he joined the London club.

He’d had some injury problems before all that which had seemingly taken their toll. Torres did have one truly special moment in a Blue shirt though as he scored the all important final goal as Chelsea beat Barcelona in the Champions League semi-final in 2012 before they went on to beat Bayern Munich in the final. Any Chelsea fan would say that goal was worth £50 million.

Arsenal have an incredible history of strikers with the likes of Thierry Henry, Ian Wright and Dennis Bergkamp all being club legends. Recently, though they have struggled to find that real-world class striker.

Part of the reason for this is that Arsene Wenger has been unwilling to spend big money to bring somebody in. That is until the 2017 summer transfer window where they picked up Lacazette for a staggering £52 million. It showed real intent from the Gunners to spend that sort of money to try and finally get a consistent striker who’s goal tally can rival the best in the Premier League.

The intent was great but the jury is still out on whether Lacazette can be that world class striker. In his first season at Arsenal he has shown glimpses of brilliance but the barren run of eight games without a goal he suffered in the middle of the season worried a lot of Gunners fans.

However he is far from a lost cause as it is only his first season in English football and it can understandably take some time to get used to the rough and tumble of the Premier League.

Arsenal once again makes the list which shows how their transfer policy has changed in recent times as a few years ago, they wouldn’t have been anywhere near any most expensive transfers list.

This was a vital signing though, as after Alexis Sanchez had just signed for Manchester United it left a huge gap in Arsenal’s attack. He’s not a like for like replacement for Sanchez as Aubameyang is more of a striker than a winger.

However, he is just as dynamic as the Chilean and without a statement signing like this then the already unsettled Gunners faithful would’ve been even more angry at the club. Also, as an added bonus it is highly rumoured that this big signing convinced Mesut Ozil to sign a new contract and stay in London.

Aubameyang hasn’t been at the club for long, so it is a bit early to judge him completely, but he has made a great start. As in nine league games he’s managed six goals so far which is a decent return. We’ll have to wait and see if he can keep it up and maybe even replicate the great scoring record he had in Dortmund.

Another big money Spanish striker signed by Chelsea. In the 2017 summer market the London club needed to bring in another striker as the club’s relationship with Diego Costa continued to deteriorate. This led to them spending big money to buy Morata from Real Madrid. As the Spaniard wanted to be the first-choice striker which he couldn’t be at Madrid.

In his last season in Madrid Morata played a key role in their Champions League and La Liga title double. However, he was still seen as the second choice striker behind Karim Benzema. This is what made him available for Chelsea to pick up.

Morata started superbly in a Chelsea shirt as in his first six games in the Premier League he scored six goals including s superb  hat trick against Stoke. He soon had a downturn in form though, and it really hurt his confidence.

The Spaniard was now missing chances that he’d usually put away and he was only a major threat in the air. It’s been a rough patch for Morata certainly, but if he remains at the club he still has plenty of time to prove that he was worth that £58 million spent on him.

When Chelsea were looking to replace Costa one of their options was Lukaku but Manchester United beat them to the signature. The Red devils were looking for a new striker as Zlatan Ibrahimovic’s one year contract had run out (before they brought him back for a short time). They decided to go for the Belgian as he had a great Premier League goal tally at Everton.

He’s big, strong and a clinical finisher so it’s no surprise that Jose Mourinho signed him. Especially as he is only 24-years-old so he could be Man Utd’s main striker for years to come. The only thing against him was his record against big teams as he rarely scored against one of the big six and his overall performances in those games were usually ineffective at Everton.

Lukaku’s first season at Manchester United has been decent if unspectacular in a similar fashion to Morata and Lacazette he started strongly then faded. What he has over those two though is he seemingly recovered quicker – perhaps because of his prior Premier League experience. Manchester United fans were still expecting better than their new man having 16 Premier League goals with only four games to play though. He’ll have to do better next season.