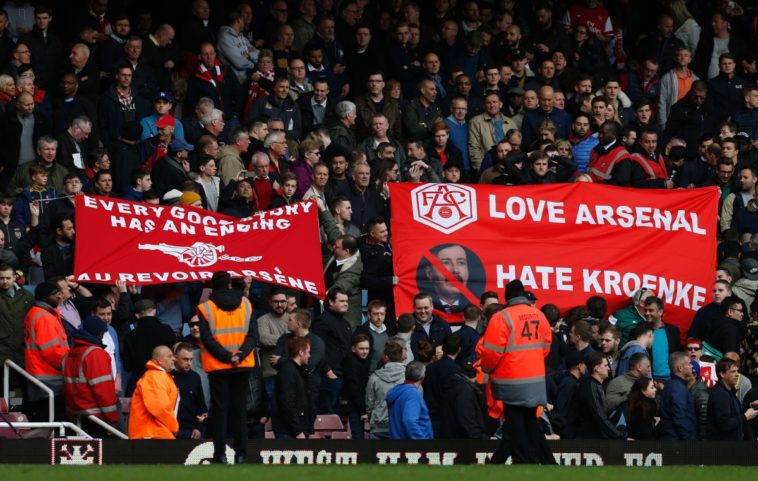 Arsenal’s season is going from bad to worse with each game they play every week. The positives from the Manchester City and West Ham games gave Arsenal fans a little hope of improvement. This was lost again as they suffered another embarassing defeat against Crystal Palace.

After the game, Theo Walcott said “Palace wanted it more”. This just tells you about the kind of problems this club is facing.

Mesut Özil and Alexis Sanchez not signing new contracts once looked like Arsenal’s biggest problems. Since then, a lot has happened and it does look like Arsenal have even bigger problems.

Everybody has their own opinions for the reason behind this downfall. The conclusion of which is that there is no one singular problem which is responsible for what is happening at Arsenal Football Club.

A number of problems

Arsene Wenger surely is part of the problem, but he is not the only problem at Arsenal Football Club. Arsenal need more than just one change to take place.

Looking at the bigger picture, the problems start right from Stan Kroenke. His approach, not caring enough and  lack of attention towards finding the solutions to the problems at the club are to be blamed.

The board as well. Irresponsible, not dealing with situations as they should do, they have been in a hideout for a long time now. Ivan Gazidiz does look like someone who isn’t happy with Kroenke and Wenger, but there’s hardly any indication of it from him publicly.

The players as well should take their share of blame. On a numerous times this season, the team that Wenger puts out looks good enough on paper to beat the opponents – until they go on the field. They let the manager and the fans down on numerous occasions.

Lack of desire, will and effort. This is what Arsenal fans have been watching every week from their team, and its not acceptable.

The team lacks a leader, a figure who would take responsibility on the field when things start to go wrong.

The last time an Arsenal Club Captain started a game for Arsenal was back in November 2014, Mikel Arteta against Manchester United. When you don’t have a captain to lift you up on the field, you’re going to have problems for sure. And as bad it seems to say this, but the players clearly don’t look like they are playing for their manager at the moment.

At such times, any club, manager and players would want the fans to stick by them. But Arsenal fans, have taken their protests against the manager to new levels.

Their anger can no longer be contained. Banners at the stadium, fury on social media platforms like Twitter and YouTube Channels, and most recently, airplanes. The fans are venting their frustrations any way possible

The fans need to get behind the team, back the players and the manager as they know nothing is going to happen at least until the end of the season.

It does look like it’s time for a lot of changes at Arsenal, both on and off the field. The manager might be a start to that series of changes taking place at the club in the summer.

Whatever the change or changes are, they need to come quickly as it certainly is not working out for the Gunners at the moment.

If you support Arsenal have want to write about your club, join our writing team and have your opinions heard.