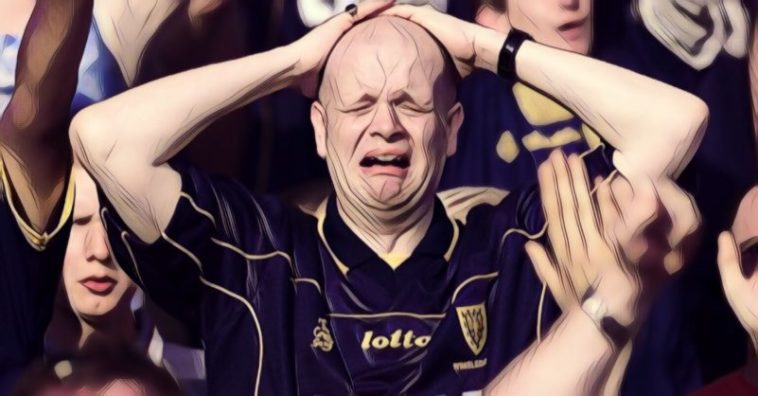 The annual rat-race to ensure survival is amongst the most fascinating aspects of any Premier League season, with clubs desperately battling to beat the drop and preserve their top flight status.

Each season three unfortunate sides lose out and head towards the second tier, but whilst some often struggle throughout a campaign of turmoil, others have spent minimal time in the relegation places before suffering the dreading drop.

With talk of the dreaded drop one of the main talking points in regards to Project Restart, we’ve decided to look back at the clubs to have spent the least time in the drop zone before suffering relegation from the Premier League:

Just two seasons later, however, and the Canaries were struggling to maintain their top-flight status.

Norwich began the season brightly and were placed in the top half for much of the first half of the campaign, only to endure a torrid run of form towards the season’s end to fall through the Premier League’s proverbial trap door.

The club were as high as 14th (in a 22-team division) with just five games remaining, but their rot had begun and the appointment of Gary Megson as player-coach after John Deehan’s resignation failed to revive their hopes.

Norwich won just once in their final 20 fixtures of the season, including a run of seven consecutive defeats before a final day draw with Aston Villa, their sudden freefall ending a nine-year stay in the top flight.

Birmingham’s 2010/11 season is one of the most memorable in the club’s recent history, though sadly for the club’s supporters it is for both the right and wrong reasons.

Alex McLeish’s side began the season brightly before dropping into the lower regions of the Premier League table, but the Midlands outfit largely remained clear of danger aside from two brief spells in the bottom three over the festive period.

Despite their stuttering league form, however, Birmingham advanced to the final of the League Cup and won their first major trophy in 48 years by beating Arsenal at Wembley, though cup success failed to give their league campaign the momentum it required.

Birmingham continued to struggle for consistent results and a run of five defeats in their final six fixtures confirmed their fans’ worst fears, Wigan beating Stoke on the final day of the season to leapfrog McLeish’s side to safety.

Joining Birmingham in relegation to the second tier during the 2010/11 season was Ian Holloway’s Blackpool, the Seasiders having earned a shock promotion to the Premier League and initially thriving amongst England’s elite.

Sadly for Holloway and Blackpool – who were as high as ninth after completing a league double over Liverpool in January – their initial bright start would not last in a season of two halves.

That aforementioned win over Liverpool at Bloomfield Road was followed by a run of ten defeats in their next 13 league fixtures, freefalling down the division and dropping into the bottom three for the first time with just five games remaining.

After briefly climbing out of the drop zone, however, defeat to Manchester United on the final day of the season – coupled with Wigan’s back-to-back wins in their final two fixtures of the campaign – saw Blackpool suffer an instant return to the Championship despite spending just 22 days in the bottom three.

Peter Reid’s Sunderland spent less than three weeks in the bottom three before suffering relegation during the 1996/97 season, staying largely clear of danger throughout the campaign before falling victim to a great escape from relegation rivals Coventry City.

Sunderland fell into the relegation places for the first time with just four games of the season remaining before two wins in three fixtures – against Middlesbrough and Everton – put the club’s destiny in their own hands heading into the final day of the season.

The Black Cats travelled to Wimbledon knowing a victory would ensure their top-flight status, only to see Jason Euell score the only goal of the game to put their place in the Premier League in doubt.

Coventry – starting the day in 19th – did their part by beating Tottenham to condemn Sunderland to the second tier, leapfrogging the Wearsiders and North East rivals Middlesbrough to survive on a dramatic final day of the season.

Wimbledon’s rags-to-riches story came to a disappointing end shortly after the turn of the millennium, condemned to relegation after spending just eight days in the Premier League’s bottom three throughout the entire campaign.

The season began with Egil Olsen taking charge following the resignation of Joe Kinnear, but after a first half of the season amid relative stability, a wretched run of form cost the Norwegian his job two games from the end of the campaign.

By then the damage had been done, however, Wimbledon losing eight games in succession to plummet towards the Premier League’s trap door. Despite that run the Dons still headed into the final day of the season with their fate in their own hands, sitting outside of the bottom three on goal difference ahead of a trip to face Southampton.

Terry Burton – having replaced the sacked Olsen – failed to mastermind a victory at the Dell, which coupled with Bradford’s surprise win over Liverpool saw Wimbledon’s 14-year spell as a top-flight club come to an end.