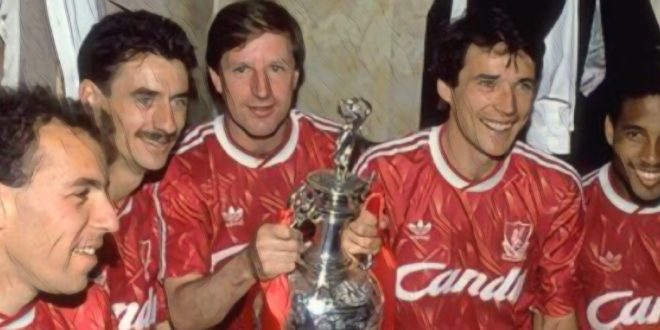 Believe it or not, football pre-dates the Premier League era despite the wealth of stats often only accounting for a behemoth of a competition that was rebranded in the early nineties.

In fact, there is over a century of football league action prior to the Premier League and 23 different clubs have claimed themselves champions of England’s top tier, the most recent of which being Leicester City after their improbable title triumph four years ago.

Manchester United have won England’s top-flight title a record 20 times, but where do the Old Trafford side rank in terms of the most points gained in the entire history of the division?

Here are the English clubs with the most points earned in the top flight since 1888:

Aston Villa returned to England’s top tier this season after a three-season absence, Dean Smith guiding the club back to the Premier League after winning the Championship play-off final.

Villa’s recent spell in the second division was a rarity for a club who have spent the majority of their 145-year history competing against the country’s elite, found members of the Football League in 1888 and champions of England on seven occasions.

The most recent of those league titles came in 1981, Villa becoming champions of Europe the following season – one of just five English clubs to have won the European Cup/Champions League.

Their 5922 points accumulated is the fifth-highest of any side, and the club will hope to secure their top tier status this season to continue adding to their total.

The most successful club in English football league history would rank only fourth on an all-time league table, United having accumulated 6403 points top-flight points throughout their history.

The 20-time champions have dropped out of the top tier for just a single season since the late 1930’s, relegated in 1974 before bouncing back immediately by winning the second division the following season.

United’s most successful period has undoubtedly come since the inception of the Premier League, however, winning 13 league titles under the management of Sir Alex Ferguson as the Red Devils dominated English football for two decades.

No side has ever won more titles or finished as runners-up on more occasions, the club’s most recent title coming in Ferguson’s final season in charge in 2013.

Nine times champions and seven times runners-up, Everton have been top flight ever-presents since returning from a three season absence during the fifties.

The Merseyside club have missed just one other season at the top level (1930-31) after being founder members of the Football League in 1888, their remarkable consistency over the past century meaning the club have accumulated the third-highest points tally of any side.

Everton’s 6692 points has been totalled after competing in 117 of the 121 top-flight seasons played, though their last championship success came back in 1987 under Howard Kendall, finishing nine points clear of runners-up and city neighbours Liverpool.

The longest unbroken streak in England’s top-flight belongs to Arsenal, the club never relegated after returning to the top tier way back in 1919 – compiling the second-highest points total in history.

The north London side have since been crowned champions on 13 occasions, winning five league titles during a dominant period in the 1930’s before the outbreak of the Second World War.

Arsenal’s longevity at the highest level saw the club finish with the highest average finishing position of the 20th century, adding further league titles in 1948, 1953 and 1971 before winning five championships between 1989 and 2004.

The arrival of Arsene Wenger – the longest serving manager in the club’s history – saw the club finish as either champions or runners-up for eight consecutive seasons in the Premier League era, whilst the Gunners finished lower than fourth just twice in the Frenchman’s entire 22-year reign.

Leading the way for the most top-flight points in history is Liverpool, the Merseyside club having won 18 league titles and finished as runners-up on a further 13 occasions.

The dominant force in English football for much of the 1970s and 1980s, the Reds have compiled a mammoth 6921 points in the top tier since first entering the Football League in 1893.

Liverpool have played 105 seasons in England’s top flight, their longest period outside an eight-year spell between 1955 and 1963 – the club having remained an ever-present since that promotion.

Remarkably – despite their 18 titles – the club’s highest ever points total came last season, though their 97 points were only enough to finish as Premier League runners-up to Manchester City. That disappointment has been left behind by Jurgen Klopp’s side, however, the Anfield outfit currently on course for a first title since 1990.