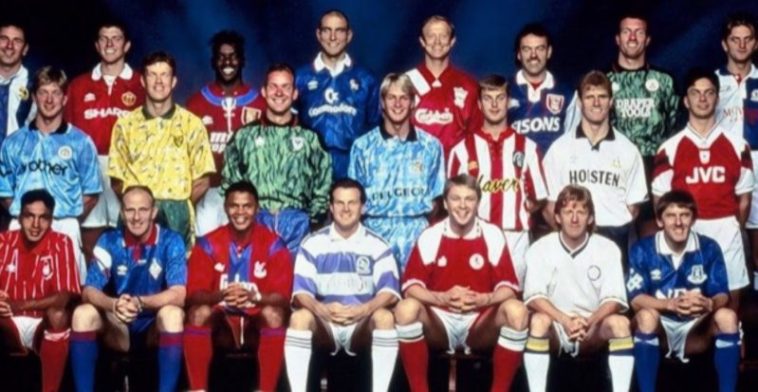 The Premier League is fast approaching three decades since its inception in the early nineties, with English football’s landscape having changed significantly over the course of the division’s existence.

Football’s finances continue to boom as fees and figures soar season upon season, whilst the league’s foreign influx has raised the standards of the game with just 13 imports present on the opening day of the inaugural Premier League campaign.

That season also saw a 22-team competition in England’s top flight and whilst initial sides such as Manchester City and Liverpool are thriving some 27 years later, several of the Premier League’s founder clubs have enjoyed quite the fall from grace.

Here are five founding members of the Premier League who have fallen on hard times:

One of just six clubs to have lifted the Premier League title, Blackburn began the first ever campaign in optimistic mood following their British transfer-record capture of Alan Shearer from Southampton, the forward enjoying a prolific start to his career at Ewood Park before suffering an ACL injury in December.

Rovers finished that first Premier League season in fourth and qualified for the UEFA Cup, but just two years later the club were crowned champions as Shearer and strike partner Chris Sutton fired Kenny Dalglish’s side to the title.

Founding members of the Football League, the success was Blackburn’s first top-flight title in 81 years but those heady days – backed by Jack Walker’s millions – seem an awful long time ago for the Lancashire side at present.

Relegated just four years after their title success, Blackburn bounced back in 2001 and enjoyed an 11-year spell in the Premier League, but the takeover in ownership by the Venky family in 2010 saw the club’s debts spiral and they were relegated once more in 2012.

Five years later, Blackburn became the first ever Premier League winners to drop into the third tier, and despite promotion back into the Championship they remain second-tier also-rans, a far cry from their 1995 Premier League title triumph and attendances at Ewood Park continue to plummet.

A series of protests and managerial appointments have so far failed to spark a revival.

Promoted ahead of the first ever Premier League season, Ipswich began brightly before a dip in form over the second half of the season saw the club narrowly survive an immediate relegation to the second tier.

The Tractor Boys suffered relegation two years, before brief two-year return to the top flight under George Burley between 2000 and 2002, an impressive period that saw the club qualify for the UEFA Cup on the back of the goalscoring exploits of Marcus Stewart.

Unable to juggle European and domestic football, Ipswich dropped back into the second tier where they would remain for 17 years, losing in the play-offs on three occasions as they failed to return to the bright lights of the Premier League.

Last season proved to be one of the worst in the club’s history, however, winning just five league games all season to suffer relegation to League One, the first time in over half a century the club had played in English football’s third tier.

Mid-table at present, it looks a long and treacherous run back to the top.

Another side to narrowly avoid relegation during the first season of the Premier League, Coventry City were a struggling top-flight side during the early nineties but managed to maintain their top tier status until relegation at the end of the 2000/01 season.

Only Liverpool, Arsenal and Everton had remained top-flight clubs for longer than Coventry’s 34-year stint, but the club have failed to return to the Premier League since.

It has been a rollercoaster journey for the Sky Blues’ fanbase, their departure from Highfield Road for the newly-built Ricoh Arena fraught with financial implications that nearly cost the club their existence.

Relegation to the third tier and a dispute between the club and stadium owners Arena Coventry Limited saw City forced to ground-share temporarily with Northampton Town, before a return to the Ricoh Arena proved brief.

Currently without a home stadium, Coventry are playing this season’s home games at Birmingham City’s St. Andrew’s home, though their on-field fortunes are at least improving.

Promotion back to League One came via the play-offs two years ago, whilst the club are currently top of the third tier as they bid for a return to the Championship.

Winners of the FA Cup just four years prior to the formation of the Premier League, Wimbledon headed into the newly-formed division’s first season with high hopes, their ‘Crazy Gang’ reputation making the south-west London side horrible to play against for top flight opposition.

Wimbledon finished the first season in 12th and reached the dizzying heights of sixth the following year, but the club would be forever changed just a few short years later.

‘Little’ Wimbledon had risen rapidly towards the top in uncompromising fashion, though there was a sense they could not last given their stature and the club were forced to leave Plough Lane for Selhurst Park.

Many a relocation proposition – including moves to both Cardiff and Dublin – had been muted, but after slipping out of the top flight plans to relocate the side gathered momentum, Wimbledon eventually uprooted out of the congest London landscape and reformed as Milton Keynes Dons in 2004.

The decision caused great controversy and led a civil-war, a section of the Wimbledon fans forming a phoenix club – AFC Wimbledon – which has since enjoyed a meteoric rise through the divisions.

Having begun in the ninth tier AFC Wimbledon are now in League One, divisional rivals of an MK Dons team that has failed to kick on following the hugely controversial relocation.

The lowest ranked team amongst all of the Premier League’s founder members, Oldham Athletic’s slide down the footballing pyramid reached a new low after relegation to League Two in 2018.

Having survived the drop in thrilling style during the inaugural Premier League season, Oldham dropped out of the top flight the following year and have never come close to returning.

Three seasons in the second tier followed before another relegation and a two decade spell in League One.

For the first time since the late sixties, however, Oldham began life in the fourth division ahead of the 2018/19 season and their fortunes have shown no signs of revival at present.

Financial issues have damaged the club’s ability to grow, the marquee arrival of Paul Scholes as manager lasting less than eight weeks as the boyhood fan jumped ship amid the increasing uncertainty at Boundary Park.

Having seen a court case that could put the club into administration adjourned earlier this year, Oldham are currently languishing in the bottom half of League Two.