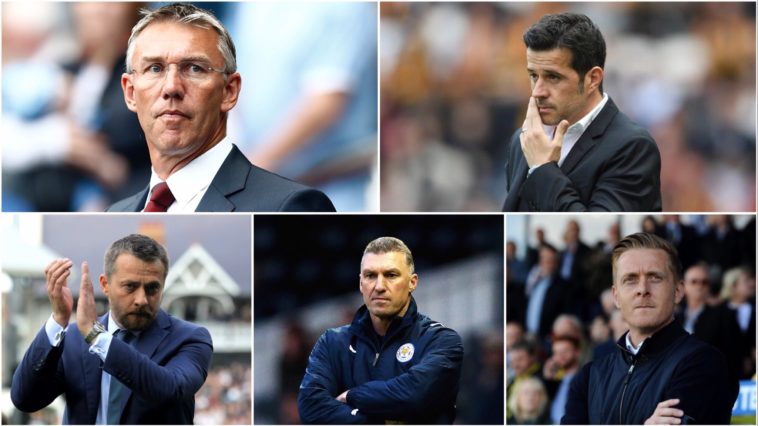 As clubs prepare for next season, here is the latest news on the Managerial merry go round.

Within days of the Premier League season ending, no fewer than five Premier League clubs were without a manager. These clubs were Crystal Palace and Watford, as well as the relegated trio of Middlesbrough, Hull City and Sunderland. Couple that in with the resignation of Gary Monk from Leeds and we are eagerly awaiting the managerial movers with great anticipation.

After the shock news of Sam Allardyce’s resignation last week, Crystal Palace chairman Steve Parish is thought to be keen to make an appointment quickly. Slavisa Jokanovic has been linked with job after a wonderful season at Fulham, which ended in playoff semi-final defeat to the hands of Reading. The Serbian had been linked with Middlesbrough until Big Sam’s resignation but maybe the lure of the London lifestyle could take him to Palace?

Burnley boss Sean Dyche has also been linked with a move, as has Marco Silva, but interestingly though, it is former Leeds boss Gary Monk who is the favourite to succeed the former England boss.

Watford are never far away from their next managerial appointment, and despite securing a third consecutive season of a Premier League football, Walter Matzarri was relieved of his duties at Vicarage Road.

The hornets are believed to be in ‘advanced talks’ with former Hull City Marco Silva. Silva was thought to be be moving back to his native Portugal to become FC Porto boss, but after talks broke down, he could be set to continue his Premier League stay.

He almost performed one of the greatest escape acts since Harry Houdini at Hull City, but was eventually unable to prevent the drop from the Premier League, and he exercised a clause in his contract to walk away,

Following Silva’s departure, Hull find themselves in familiar territory once again of having to replace their manager. Whoever takes the reigns at the KCOM stadium will be the third ‘permanent’ manager to be appointed within twelve months.

Former Southampton and Sheffield United manager Nigel Adkins has been linked and is the current bookmakers favourites at 9/4, while former CSKA Moscow coach Leonid Slutsky is also in contention (8/1). One surprise name in the running for the job is former Man Utd, Everton and Sunderland boss David Moyes, although personally, I can’t see that happening.

Aitor Karanka was sacked by Middlesbrough back in mid-March and was replaced by Steve Agnew until the end of the season. Despite the manager, there was very little change in the club’s fortunes, and relegation eventually came.

As mentioned earlier, Slavisa Jokanovic was one of the early favourites at the beginning of the week, but since the recent spell of managerial resignations up and down the Premier League that talk has quietened.

Former Leicester City manager Nigel Pearason is apparently interested in taking over at the Riverside. The controversial and outspoken manager has a proven track record after steering Leicester City to the Premier League, and then keeping them there before being sacked by the Foxes in 2015.

Also in the running is former Leeds boss Gary Monk. He left the club the club this week after being unable to reach an agreement with new Leeds owner Andrea Radrizzani, who had only taken over the club two days previous.

Sunderland should be used to hiring managers by now, they have done it enough times recently. However after the club’s relegation to the Championship and the eventually resignation of David Moyes, its time to do it all over again.

Aberdeen boss David McInnes is the current favourite after steering the Dons to a second place finish in the Scottish Premiership, ahead of returning giants Rangers. He will be hoping to get his hands on some silverware this weekend as his team go up against Celtic in the Scottish Cup Final.

Another name in the frame Wolves boss Paul Lambert. The former Aston Villa manager has been tipped to leave his role at Molyneux following differences of opinion regarding the club’s transfer policy, which is largely controlled by the club’s owners.