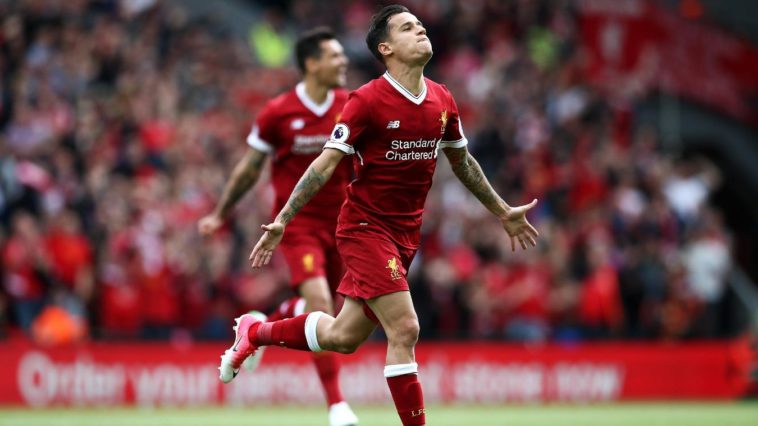 Philippe Coutinho has been urged to leave Liverpool this summer by his Brazilian national team coach, Tite.

The coach says that the La Liga club should make a move for the Liverpool playmaker, calling him an “ideal player” for the club.

Tite took charge of the Brazilian national team one year ago and has overseen a massive rejuvenation in the nations football fortunes, winning all eight of his fixtures. Coutinho has been a big part of that success and his national team boss believes it is time to take his game to the next level with one of the worlds super clubs.

“I don’t want to be pretentious and give an opinion on Barcelona, you wouldn’t want a player like Coutinho.

“That magic, that capacity to invent and create something, that change of rhythm, the way he builds play – it’s crucial for any side.

“Just to be clear, I’m talking hypothetically; there’s Sergio Busquets and two articulators, Ivan Rakitic and Andres Iniesta, who are the thinkers of the team.

“Coutinho could play that role. He is the ideal player for Barca.”

Coutinho is believed to be happy at Anfield, especially in light of their Champions League qualification, but has refused to rule out a move to the Catalan club in recent weeks.

“Barcelona is one of the best teams in the world. So far, noticing has come to me, because if anything comes, it comes to my manager, what I have to do is focus on the pitch.

“A lot of people ask me about that, but I have just signed a long-term contract, so the speculation stays with you journalists.”

Despite spending the majority of his career playing as an attacking midfielder, Jurgen Klopp has utilised Coutinho in a deeper role in the last few games of the Premier League season. This has brought great dividends, beating West Ham 4-0 at the London Stadium before beating Middlesbrough 3-0 at Anfield in the season finale.