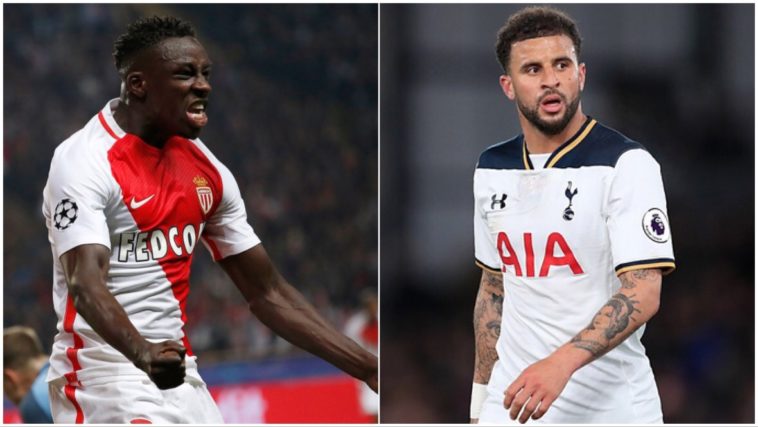 Manchester City are already preparing for next season as they look to splash the cash in a £300m spending spree this summer.

The season only ended six days ago for Manchester City, and already the club have started to plan for next season.

Bernardo Silva completed a £43million move to from Monaco to Manchester on Friday, signalling the start of a summer spending spree by Premier League and European clubs.

According to The Independent, Silva’s signing is just the start of Pep Guardiola’s rebuilding plan. Having released Bacary Sagna, Pablo Zabaleta and Gael Clichy this summer, Manchester City are in need of new full-backs.

The article claims that Guardiola is confident of adding Silva’s Monaco teammate Benjamin Mendy to his ranks. That deal is rumoured to be worth around £50million to bring the 22-year-old left-back to the Premier League. Monaco are already planning for life after the Frenchman as they target Aston Villa left-back Jordan Amavi.

Also potentially on the move to join Guardiola’s ranks is Tottenham right-back Kyle Walker. Walker was left out of several of Spurs’ final Premier League fixtures.

After a stunning start to the season for both club and country, Walker wanted a an improvement on his current £70,000-a-week salary. However, having only signed that deal last summer, Tottenham are refusing to give in to his demands. By moving to Manchester City, Walker, who is valued at around £40million, would be able achieve the pay rise he believes he deserves.

These three deals alone would see City having spent almost £150 million already, but there is believed to be much more in the transfer kitty as Guardiola looks to improve on the clubs third place finish and the first trophyless season of his managerial career.

Will these signings make Manchester City stronger? Can they challenge for the Premier League title? Who else should they sign this summer? Leave us a comment with your thoughts.