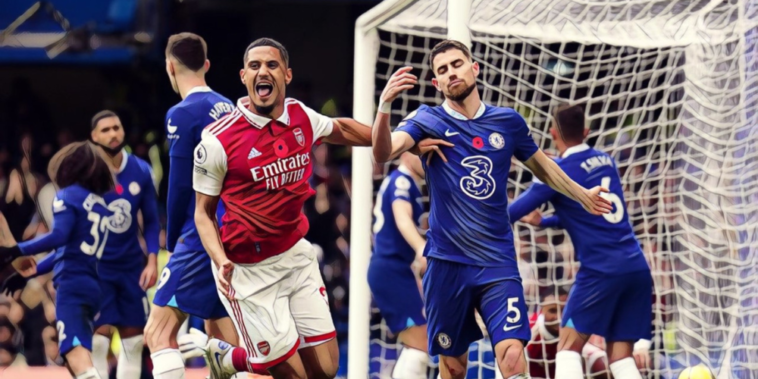 Graham Potter admitted Chelsea were ‘beaten by a better team’ as his side lost 1-0 to Arsenal at Stamford Bridge.

Arsenal extended their strong recent record in this fixture to move back to the top of the Premier League, with Gabriel scoring the match-winner after turning home Bukayo Saka’s in-swinging corner from close range.

The breakthrough was the goal that Arsenal’s performance deserved, as the Gunners dominated much of the contest and created the better chances.

The defeat made it back-to-back league losses for Chelsea, who are without a win in four Premier League games. Pierre-Emerick Aubameyang struggled on his first appearance against his former side and Potter conceded that his team were second best at Stamford Bridge.

“We played against a team in a really good moment, a confident team and you can see the points they have so credit to them,” Potter told BT Sport.

“The boys gave everything, it was huffing and puffing but missed that last bit. The goal was disappointing, but overall they deserved it. Arsenal are in a good moment and have been working together for a long time with a good understanding of what they want to do.

“We lacked a bit of quality. The effort was there, we were just beaten by the better team. It was not a great goal from our perspective.

“It’s an indication of where we are and what we need to do better. Mikel Arteta has done a good job, they are in a good place and we’re slightly different.”