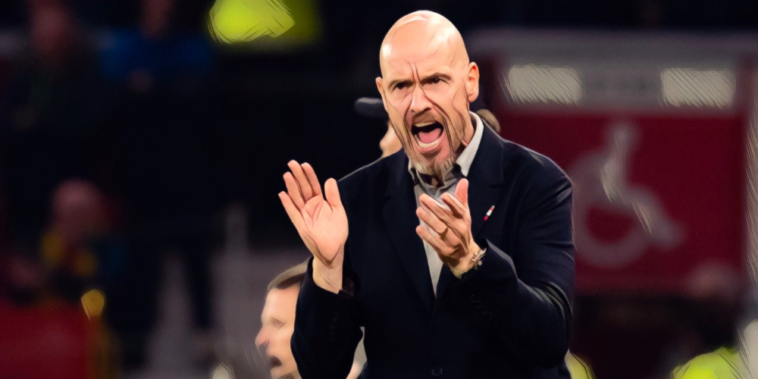 Erik ten Hag has called on Manchester United ‘to be brave on the pitch’ and earn his ‘trust’.

United travel to face Everton in the Premier League on Sunday evening as the club look to bounce back from a resounding Manchester derby defeat last weekend.

A run of four consecutive league wins came to an abrupt end at the Etihad, as the Red Devils were thrashed 6-3 at Manchester City. Ten Hag’s team were four goals down at half-time and the Dutchman admitted his side had been taught a lesson.

The 52-year-old has called on his players to regroup and show confidence this weekend, insisting he will always place trust in the players who take responsibility on the pitch.

“But also we are United, our ambitions are really high, so you have to deliver.

“Every player in the squad has to take that responsibility individually and also in the team culture. That is the demand from us, from the coaching staff and the players. I expect from my players that they are brave on the pitch definitely.”

Ten Hag was asked whether his side needed to show a nastier side to their game, having conceded four first half goals at Manchester City. It was the second time this season that the Red Devils have conceded 4+ goals in the opening 45 minutes and fourth since the start of last season – twice as a many as any other Premier League side.

“I know nasty. I think also in that manner we can progress. Also play a little bit more smart. We have too many bookings. I heard at the start that the Premier League, but we get so many bookings and I don’t understand.

“The first booking on Sunday (Diogo Dalot’s booking v Man City after two minutes) I really don’t understand. We want to play tough. We want to get the game going. Then in the second minute we get a booking. It was a duel, it was a foul, but get booked?

“I saw many other bookings and thought ‘is that necessary’. But I have to take it to the players to look in the mirror. They have to play smart but they also have to play nasty as well.”