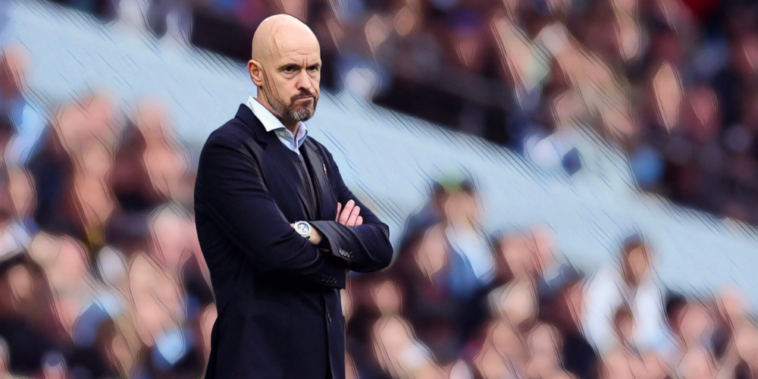 Erik ten Hag admits Manchester United’s humiliating derby defeat at Manchester City was a ‘reality check’ for his side.

United travelled to face their Mancunian rivals last weekend in optimistic mood, with a run of four consecutive Premier League wins having increased the confidence and atmosphere at Old Trafford.

Familiar flaws were exposed during a one-sided derby defeat at the Etihad however, as City ran riot to score four first-half goals in a humbling result. Pep Guardiola’s side ran out 6-3 winners, though two late consolation goals provided a flattering look to the scoreline for United.

Ten Hag admits the defeat was a reality check for his team and says the Red Devils will use the experience to improve after being taught a ‘lesson’ at City.

“Obviously it was a difficult game [defeat to Manchester City] and as always, we analysed it. It was a reality check, we have to learn from it and carry on,” Ten Hag said at his press conference ahead of United’s trip to face Omonia in the Europa League.

“We can get a lot of confidence when you beat Arsenal and Liverpool, now we get a reality check with Manchester City.

“We know we have to step up, so thank you for the lesson Pep [Guardiola] and City, we will take that, we have to understand.”

Ten Hag also provided an update on the fitness of his squad and confirmed that Raphael Varane and Harry Maguire will miss the trip to Cyprus. The Dutchman revealed his hope that Varane’s problem was not serious, though confirmed that Maguire, Aaron Wan-Bissaka and Donny van de Beek are facing longer spells out.

“In the case of Rapha, we hope [it will be soon], Harry will take a little bit longer, the other two (Wan-Bissaka and Van de Beek) I cannot give a prognosis.”