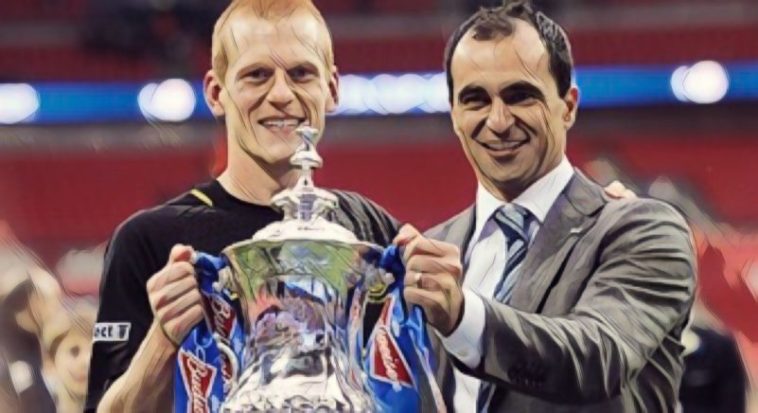 Since the introduction of the European Champion Clubs’ Cup and the Inter-Cities Fairs Cup in 1955, seven British teams have secured themselves at least a qualification place in European competition and been relegated to the second tier of English football in the same season.

Five of these have been in the Premier League era.

Before the Premier League

Although some football fans seem to forget the game existed before the invention of the Premier League in 1992, it did.

The first team to be relegated from the English top flight and qualify for Europe in the same campaign were Swansea City in the 1982/83 season.

Having finished sixth in their first ever season in the top flight in 1981/82, they suffered second season syndrome the following year and finished second from bottom to be relegated from the old first division.

Their fans did have something to celebrate though, as they beat Wrexham in a two-legged final to win the Welsh Cup and book their place in the preliminary round for the Cup Winners’ Cup the following season. The preliminary round was as far as they got, losing to German side Magdeburg.

A couple of seasons after Swansea achieved it, Norwich City became the first English club to qualify for Europe in the same season they were relegated. Their drop down to the second tier was unlucky as they finished third from bottom with 49 points, finishing only a point behind three other teams.

Relegation came two months after they beat Sunderland at Wembley to win the 1984/85 League Cup, which meant qualification for the UEFA Cup. Unfortunately, Norwich didn’t get to play in the competition as all English football teams were banned from European competition following the Heysel tragedy.

Crystal Palace had already achieved a reputation as a yo-yo team, having been relegated from the Premier League twice and promoted again twice between 1992/93 and 1997/98.

Both of their relegation’s had been as due to 18th place finishes, with 1992/93 seeing them achieve 49 points and go down on goal difference and 1994/95 seeing them lose five of their last six matches and suffer the dreaded drop.

Their relegation in 1997/98, however, was emphatic. They spent 14 weeks in a row in the drop zone, with 12 of those in the final position as the bottom of the table team. This was in a season of uncertainty off the pitch, with takeover talks and a managerial merry-go-round.

Palace qualified for it as they were the only English club to have applied to enter. So they got their chance to play in Europe. It was a short-lived affair though as they got knocked out in round three, the round they entered in, by Turkish side Samsunspor.

Ipswich shocked everyone in 2000/01 by finishing fifth in their first season back in the top flight following promotion. It earned them numerous awards, including manager of the year for George Burley and player of the year for Marcus Stewart, as well as plaudits from football pundits who were critics of the club at the start of the campaign.

It proved to be a one-off as the club spent a total of twenty-six weeks in the bottom three and finished 18th the following season. This meant relegation back to the second tier.

However, the 2001/02 season was one where the fairest club in the English top flight would be rewarded with qualification to the qualifying rounds of the UEFA Cup. Ipswich finished top of the Premiership Fair Play League and were rewarded accordingly.

Despite being in the second flight of English football, they didn’t embarrass themselves.

They progressed through the qualifying round with ease, brushing aside Avenir Beggen with an 8-1 second leg victory, and then they narrowly beat Smederevo thanks to a second leg penalty in the first round proper.

The second round was where the competition ended for Ipswich, as they lost in a penalty shoot-out to Slovan Liberec after the scores were level at 1-1 after two legs.

This is another case of a club being denied entry into European competition despite having gained qualification through the English league or cup system.

2009/10 was a disastrous season both on and off the pitch for Portsmouth, despite the future looking bright following a takeover by an Emirati businessman. Unfortunately, the new owner only remained in place for 40 days and the second new owner of the season would end up getting the club into a complete financial mess.

Add that to the fact several first team players had left the club and not been replaced by players of the same quality, things were looking bleak for the club. They ended up bottom of the table after the second game of the season and never climbed above that position again.

The previously mentioned financial problems saw them enter administration in February 2010 and the club were docked nine points in the March. That made relegation inevitable, although they would still have finished bottom without the points deduction.

One bright spark of their season was an FA Cup run all the way to the final, where they lost 1-0 to Chelsea. Despite the defeat, reaching the final was enough for Portsmouth to qualify for Europe as Chelsea had already done so via their league position. But, the financial problems again came back to haunt them as UEFA denied them entry and awarded the UEFA Cup spot to the team who finished seventh in the Premier League.

Birmingham had a solid season on their return to the Premier League in 2009/10, with the club being purchased by a wealthy Hong-Kong businessman and finishing ninth in the table.

A number of signings reinforced the squad and a solid pre-season gave indications that 2010/11 would be another good season for the club, especially after a run of four games unbeaten to start the campaign.

A run of just one win in 11 saw them in the relegation zone and they were in a battle against the drop for the remainder of the season, only occasionally climbing to a mid-table position. Despite this, they still looked like a team who would survive.

That was until a run of just one draw in their last six league matches saw them finish a point behind Wolverhampton Wanderers to drop out of the top flight.

However, they had already lifted silverware a couple of months before their relegation when they by beat Arsenal 2-1 in the League Cup Final.

That gave Birmingham a place in the 2011/12 UEFA Europa League.

They got to the group stage by beating Nacional 3-0 on aggregate in the play off round and gave a fantastic account of themselves before exiting the competition. They finished third in their group, a point behind both first and second place and missed out on a spot in the knock-out stages.

Wigan were on their way to becoming an established Premier League club with 2012/13 being their eighth consecutive season among the elite of English football.

A season of mixed fortunes for the club would make it their last and signal a fall from grace that would see them drop down to play in the third tier in two of the next five seasons.

Back to 2012 and the campaign didn’t get off to the best start with several first team regulars, including Victor Moses and Conor Sammon, departing the club before the end of August. Then, just one win in their opening eight games saw them at the wrong end of the table at an early stage of the season.

They were in the bottom five of the table following their first match of December 2012 and never climbed back above that position, with a total of 17 weeks spent in the relegation zone.

However, a successful run in the FA Cup gave the fans something to cheer and they met Manchester City in the final.

Wigan were the underdogs at Wembley against a City side who had won the Premier League title the season before, but a display full of fight saw them lift their first ever major trophy thanks to an injury time winner from Ben Watson.

Three days later, their relegation was confirmed and they became the first club in English football history to win the FA Cup and be relegated in the same season.

As for their European adventure the following season, they qualified automatically for the group stage but finished bottom of their group. This was rather unlucky as they were unbeaten in their opening three matches and lost their last three all by a single goal.