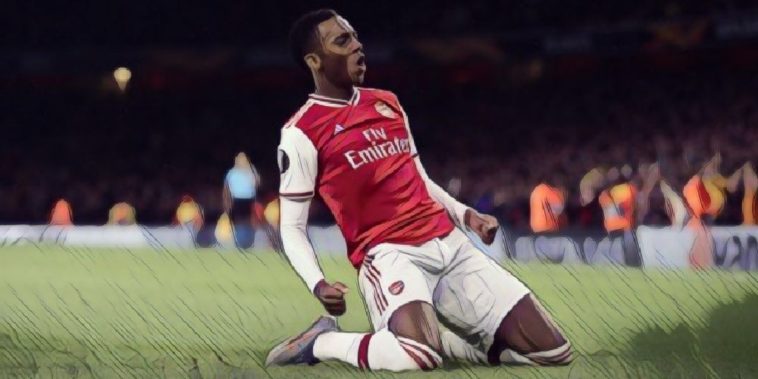 Unai Emery has revealed he urged Joe Willock to seize the opportunity to replace Aaron Ramsey in Arsenal’s midfield.

The youngster has been given his opportunity under the Spaniard this season and has impressed in the opening weeks of the new campaign, with the midfielder having scored three times in nine appearances for Arsenal in all competitions so far this season.

Willock’s form is believed to have attracted the interest of England manager Gareth Southgate, and Emery has now revealed he urged the 20-year-old to take his chance following the summer departure of Aaron Ramsey to Juventus and Jack Wilshere’s exit to West Ham 12 months earlier.

“Willock started the pre-season with us last year, I didn’t give him more minutes but he was with us in every game, working in training, playing matches in the cup and at the end of the season,” said Emery.

Willock is definitely our Ramsey replacement. He got tgat sixth sense for being in the right place, at the right time. Plus plenty stamina to burn pic.twitter.com/IaeQ5wJkTn

“He deserved to start this season with the first-team and with us. My decision was after I saw him the last two months of last season working with us, his really big challenge was that Jack Wilshere left here, Aaron Ramsey left and he had to take that opportunity to be with us.

“I told him he is improving but he needs to not stop that improvement, we are working with him to improve even more.

“But, if his progression keeps going the way it is going right now, I don’t know when he will stop and how far he can go.”