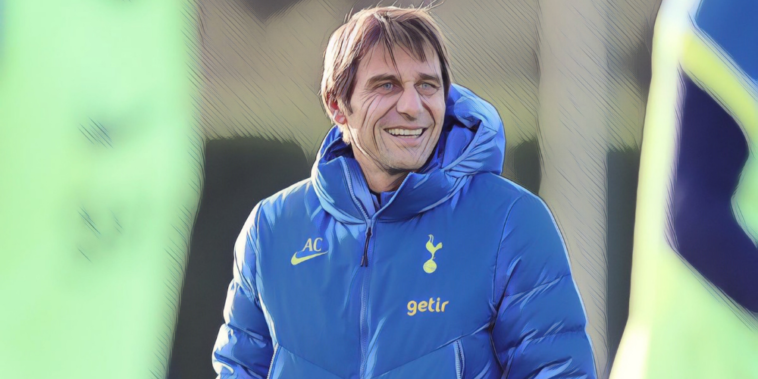 Nuno Espirito Santo and Tottenham Hotspur always seemed like a marriage doomed to fail. The calamitous process that led to his appointment made one thing clear — he was far from the choice to fulfill Daniel Levy’s stated aim of hiring a coach who would “return to playing football with the style for which we are known – free-flowing, attacking and entertaining.”

Nuno’s success, apart from being closely linked to the work of Jorge Mendes in the transfer window, was largely predicated on letting opponents dictate the tempo of games, remaining compact defensively, and then springing forwards on the counter. As he attempted to modify his style to adapt to the ambitions of his new bosses at Spurs, he seemed at a loss for what identity to impose on the team and how to do so.

Their defensive issues were less pronounced, but there was a general passivity to how they played out of possession that made it difficult for them to impose themselves on games. Nuno also routinely showed an inability to make changes during a game with either tactical switches or substitutions. As much as tactical deficiencies, these weaknesses reflect the Portuguese’s inability to galvanize the squad behind his methods and command a strong presence in the club.

In Antonio Conte, Spurs have hired a coach whose pedigree and sheer weight of personality will immediately rouse the players to get behind his vision and practices. The Italian’s title-winning campaigns at Juventus, Chelsea, and Inter Milan as well as his impressive stint as Italian national team coach make him among the best managers in Europe at present. That Spurs have been able to acquire him in their current state is indicative of the potential that lay dormant within their squad and Conte’s confidence in his capacity as a coach.

While Conte is usually associated with a back three system, he used a version of a 4-2-4 while at Bari to great success and initially used a similar system at Chelsea. Given that Spurs’ previous two coaches both used a back four, it wouldn’t be surprising to see him use a back four in the first few games before reverting to his preferred back three setup.

Unlike Jose Mourinho and Nuno, who coach players in match-like scenarios to encourage improvisation in attacking situations, Conte coaches his players in set, repetitive sequences of passing and movement. The advantage of this is that it gives the team greater structure with possession, simplifies their decision-making in the high-stress environment of a match, and increases the speed of their attacks since they’re always one step ahead of the opposition.

In keeping with this training methodology, Conte’s 3-5-2 has specific roles that players are expected to fit within. The outer centre-backs have to be able carriers of the ball and push up to help create overloads higher up the pitch, while the central centre-back should be composed in one-on-one defensive duels and have a long passing range so they can dictate play from deep if required.

Ahead of them, one defensive midfielder sits and tries to set the tempo of play by circulating possession and playing short, penetrative passes to progress the ball. The two midfielders on either side should have the energy to support in both attack and defense, but their primary responsibility is to have the cutting edge in the final third to create chances and to pose as a goal-scoring threat with late runs.

Conte tends to prefer having one wingback excel at dribbling so they can advance higher down one flank, whereas the other wingback can pose as a threat from deeper with crosses or by making late runs at the back post. Both are expected to provide attacking width and help create overloads out wide to progress the ball.

Up front, one striker should be capable of playing with their back to goal and involving themselves in the  build-up while one player can run in-behind to latch onto through balls and driven crosses. These roles aren’t necessarily set in stone: Conte will adapt them to suit the players at his disposal. Having said that, there are general traits his players need to have to enable the rotations and patterns he coaches to flourish.

Defensively, Conte has the team fall into a 5-3-2 that does not press high up the pitch and instead looks to compact space in midfield and pressurize opponents situationally. Specifically, the central midfielders, outer centre-backs, and wingbacks press aggressively when the opposition advances the ball up the half spaces.

At Spurs, Conte has a squad that is already fairly well-suited to his style. He has an ample number of centre-backs to use in a back three, with Cristian Romero, Davison Sanches, Ben Davies, and Eric Dier all having experience in the system as well.

Romero should be well-suited to the right-centre back slot where he can use his aggression and technical ability to good effect. Dier and Joe Rodon are sensible choices for the central slot, though the former’s ability to cover large amounts of space could be called into question. Japhet Tangaga should benefit from Conte’s tutelage as well since he has the athleticism and composure to excel in a back three.

In midfield, Pierre Emile-Hjoberg is an ideal choice for the deep-lying role while Oliver Skipp could pose as a useful alternative, while Tanguy Ndombele is an excellent creative presence with both his passing and ball-carrying. Dele Alli is the squad’s main option for a goal-scoring threat from midfield, but may not be a sufficiently complete midfielder for Conte long-term. Bryan Gil could be an interesting option here and could give Conte a more rounded, technical, and dynamic option in this role.

Sergio Reguilon and Ryan Sessegnon provide intriguing options for the left-wingback role, but the out-of-form Matt Doherty and ill-suited Emerson Royal are not optimal choices for the right-wingback role.

Harry Kane and Heung-Min-Son have previously demonstrated their capacity to be a lethal strike force, but a lack of back-up for them could pose serious issues for the Italian.

Investment certainly needs to occur in the squad, but there is certainly enough players with the necessary traits and talent to thrive under Conte. He also has a track record of maximizing the abilities of players other coaches find undesirable such as Victor Moses, Marcos Alonso, Matteo Darmian, and Graziano Pelle.

If he’s given the time and investment, Conte will almost certainly deliver silverware for Spurs. His tactics should give Spurs more structure in possession, solidity without possession, and a platform for many of their players to improve.

He may not be the most obvious candidate to deliver “free-flowing, attacking, entertaining” football, but Antonio Conte will likely deliver impressive results at Tottenham Hotspur.