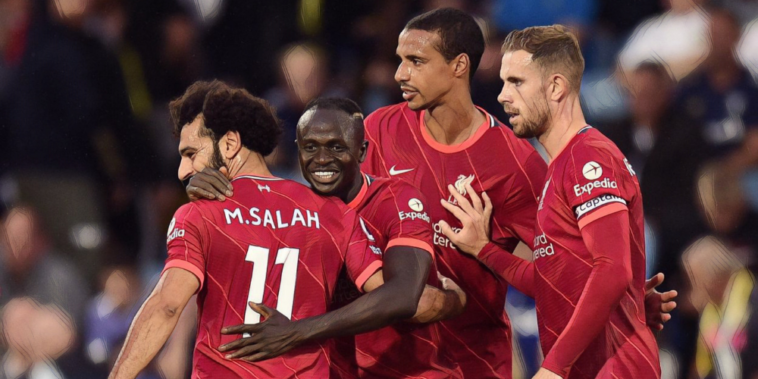 West Ham United host Liverpool at the London Stadium this weekend, with the visitors still yet to taste defeat in the Premier League so far this season.

Here’s all you need to know ahead of Sunday’s clash:

The Hammers head into Sunday’s game in fine form, having romped to a 4-1 victory over ten-man Aston Villa last weekend, with that result coming just days after they dumped holders Manchester City out of the Carabao Cup.

David Moyes’ side made a bright start at Villa Park as young Ben Johnson fired in with an excellent driven strike inside seven minutes, albeit with Ollie Watkins drawing the home side level on the half hour mark.

However, the scores were level for just four minutes as skipper Declan Rice netted his first league goal of the campaign with a long-range strike that deceived Emi Martinez, before Villa’s woes were deepened as Ezri Konsa saw red just after the interval.

The ten-man hosts almost hit back through Watkins yet saw his effort agonisingly strike the crossbar, with West Ham going on to secure the victory with goals late on from Jarrod Bowen and Pablo Fornals.

That result has left the east London side in fourth in the table and level on points with third-placed Manchester City heading into this weekend, as they continue their remarkable recent rise under former Everton boss Moyes.

Meanwhile, in the Europa League, West Ham secured their place in the knockout stages after playing out a 2-2 draw away in Belgium against Genk on Thursday evening, with a late Tomas Soucek own goal having denied them a fourth successive win in the competition.

As for this weekend, Moyes should have a fully fit squad to choose from with both Alex Kral and Vladimir Coufal now back to full fitness.

Liverpool’s 25-game unbeaten run continued this week, albeit with Jurgen Klopp’s squandering a two-goal lead at home to Brighton and Hove Albion on Saturday to lose ground on league leaders Chelsea.

A win looked to be on the cards for the Reds as Jordan Henderson fired them ahead inside just four minutes, before Sadio Mane extended that lead midway through the first-half, with the Senegal international then seeing a second denied by VAR for handball.

Aided by that reprieve, the Seagulls fought their way back into the game as summer signing Enock Mwepu caught out Alisson with a stunning long-range strike just before the break, before Leandro Trossard deservedly drew Graham Potter’s men level with a fine, second-half finish.

The Belgian was then denied a winner by a tight offside call, as Jurgen Klopp’s side were left hanging on for the draw to leave them three points behind top spot, albeit while remaining the only Premier League side not to taste defeat so far this season.

Meanwhile, in the Champions League, Liverpool secured their place in the last-16 with two games to spare after seeing off ten-man Atletico Madrid at Anfield on Tuesday evening, courtesy of first-half strikes from Diogo Jota and Sadio Mane.

That victory saw both Fabinho and Thiago Alcantara return from their recent injury lay-off’s, with both men set to be available this weekend, although fellow midfielder Naby Keita is set for a spell on the sidelines.

It’s not been a kind fixture to West Ham in recent years, with their last win over Liverpool having come in the FA Cup back in February 2016, while their last Premier League win came in the January of that same year.

It’s now been eight league defeats and two draws for the Hammers in this fixture since that FA Cup triumph, with their last encounter seeing the Reds run out 3-1 winners at the London Stadium back in January.

After dominating the first-half, the away side finally made the breakthrough after the interval through Mohamed Salah to end his seven-game drought, with the Egyptian rounding off a blistering counter-attack, before adding a second soon after.

What channel is West Ham v Liverpool on?