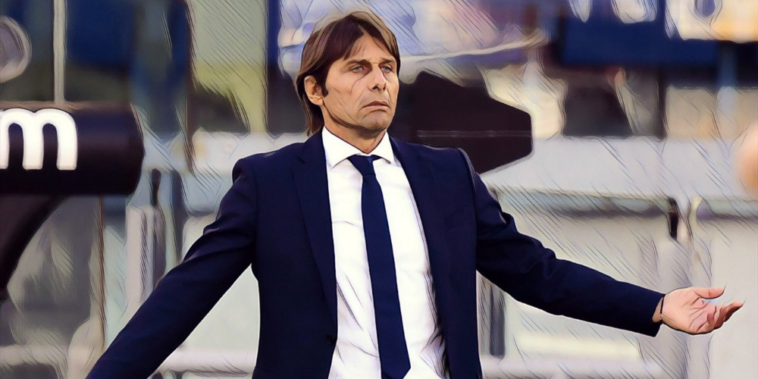 Antonio Conte is the new manager of Tottenham after signing a 18 month deal with the North London side, a coach with a proven track-record at the highest level making his Premier League return.

Conte is understood to have received assurances over transfer funds, with reports the Italian is set to be handed a sizeable war chest of around £150m to improve a squad in need of reinforcements.

The 52-year-old will no doubt want to bring in his own players as he bids to revive a struggling Spurs side and we’ve decided to look at six transfer targets who could drastically improve the squad.

Here are six signings that could transform Conte’s Tottenham.

Speculation has already surfaced that Conte has made Dusan Vlahovic his leading target, the Fiorentina forward having been linked with several of Europe’s elite following a brilliant breakthrough in Florence.

Having exploded over the second half of last season, the 21-year-old has continued his prolific form during the current campaign, netting eight goals in just 11 games following a hat-trick against Spezia last weekend.

Robert Lewandowski and Erling Haaland are the only players to score more goals in 2021 across Europe’s top five leagues, the towering youngster a forward who can prove the perfect replacement or partner for Harry Kane.

Having turned down a new contract at Fiorentina it is expected the Italian side will cash-in on Vlahovic whilst his value remains high, though Spurs will face competition from Europe’s biggest sides as they seek the signing of a forward with huge potential.

Central defence remains an area of weakness for Spurs and Conte will no doubt look to strengthen a key area of the pitch, the former Chelsea manager’s title-winning sides having been built on defensive solidity.

Conte has often favoured a back three formation and could look to a familiar face to bolster his options, with Inter Milan defender Milan Skriniar having been regularly linked with the Premier League in recent windows.

The Slovakia international was a reported transfer target for Spurs during the summer transfer window and could be keen on a reunion with Conte in North London, having made 32 league appearances during Inter’s title success under the Italian last season.

Inter’s concerning financial situation led to Conte’s exit and the Serie A side posted a record loss of €245.6 million (£211 million) for the 2020-21 financial year — the biggest loss ever recorded by a Serie A club.

The sales of Romelu Lukaku and Achraf Hakimi brought in much-needed funds, but a sizeable offer from the Premier League for Skriniar could tempt the Nerazzurri board.

Another central defensive option, Kounde is understood to have turned down interest from Spurs during the summer window, though saw a subsequent move to Chelsea fail to materialise.

Having managed to convince Conte to join the club after an initial reluctance, Spurs could now look to follow a similar path in their pursuit of Kounde with the France international amongst the most highly-rated young defenders in Europe.

The 22-year-old is comfortable centrally or at full-back and could thrive in a back three, where his athleticism and excellent distribution would benefit Spurs at both ends of the pitch.

Last season Kounde led his Sevilla teammates for interceptions (42), aerial duels won (118), passes into the final third (165) and ball recoveries (312), showcasing his qualities as a modern centre-back with room for further growth.

Spurs are believed to have had a player-plus-cash offer – one that included Davinson Sanchez heading to Spain in part-exchange accepted during the summer window – and could reignite the deal as the board look to provide Conte with a side capable of challenging for silverware.

Midfield is another area of the side that Spurs could look to address, a number of current options having struggled to make an impression under the previous regime.

Oliver Skipp has found himself ahead of the likes of Harry Winks and Dele Alli as the leading partner for Pierre-Emile Hojbjerg this season, though the 21-year-old remains inexperienced at Premier League level.

Franck Kessie  – who has also been linked with Manchester United and Liverpool – is one name that has been linked as an early target for Spurs, with the AC Milan midfielder expected to leave the San Siro after entering the final months of his contract.

Conte is understood to be an admirer of the Ivory Coast international, whose all-action style can provide the energy and endeavour the Italian seeks in the engine room of his sides.

Kessie’s game is suited to high-pressing pressure football and alongside Hojbjerg could form a midfield platform few sides would relish facing.

Another member of Inter Milan’s title-winning side of last season, Marcelo Brozovic scored two goals and provided six assists from a deep midfield role for Conte’s champions in 2020/21.

The Croatia international is an experienced performer at the highest level and comfortable in a variety of midfield roles, whilst his contract situation – the midfielder has so far failed to agree terms on an extension to a deal that expires next summer – means he could be a shrewd signing.

Available to discuss terms with foreign sides from January 1, Brozovic could arrive in North London for a cut-price fee during the winter window, or sign a pre-contract agreement for a free transfer move to the Premier League next summer.

The 28-year-old was amongst the first names on the team sheet for Conte at Inter and his well-rounded attributes both on and off the ball make him an ideal candidate to fill one of Spurs’ midfield berths.

Conte has often favoured a 3-4-1-2 or 3-1-4-2 formation and midfield talents with energy to cover the ground and press will be crucial to his hopes of implementing a previously successful system at Spurs.

Wing-backs have often proven pivotal to the success of Conte’s sides and adding quality on the flanks could be a priority for the new boss.

Conte and sporting director Fabio Paratici could look towards Italy for prospective signings and there are few wing-backs as appealing as Denmark international Joachim Maehle, who starred during his side’s run to the semi-finals of Euro 2020.

The Atalanta full-back is comfortable on either flank and possesses the pace and stamina to thrive in Premier League football, whilst he has shown his eye for goal after scoring four goals in just six appearances for Denmark in World Cup qualification.

Spurs are likely to give Sergio Reguilon and summer signing Emerson Royal the opportunity to prove themselves as Conte’s wing-backs, but Maehle would add increased quality and competition for places on either flank.