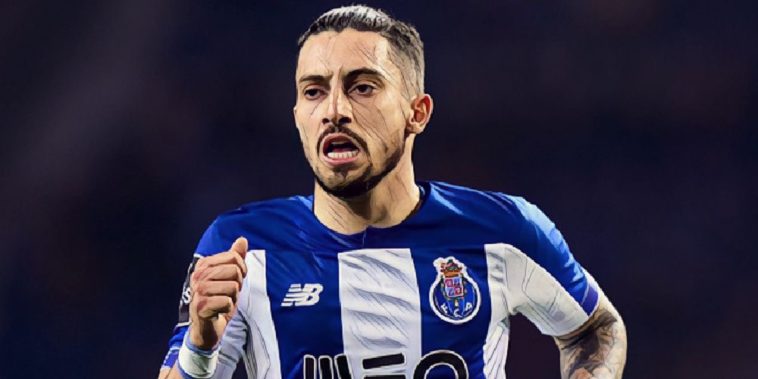 Manchester United had a characteristically manic and generally underwhelming transfer window. Despite bringing in big names such as Edison Cavani and Donny Van de Beek, they have not addressed any of the glaring weaknesses in their squad, have been slow to sell fringe players, and dramatically failed in their summer-long pursuit of Borussia Dortmund winger Jadon Sancho.

Reports have claimed that Ole Gunnar Solskjaer could be nearing the sack if results don’t improve, and there is widespread frustration and disillusion with the lack of planning, structure, and development both on and off the pitch.

Yet the transfer window may not be entirely disappointing. In acquiring Alex Telles for a reported initial fee of £13.6m, Man United have signed one of the best left-backs outside Europe’s top-five leagues and a player who could add a different dimension to their attacking play.

For Porto, Telles tended to play in a flat back-four of a 4-4-2, although head coach Sergio Conceicao is tactically flexible and frequently uses a 4-3-3 and makes tweaks to his tactical systems to counter specific opposition threats. Porto are an extremely aggressive team, pressing high and looking to force turnovers to create counter-attacking opportunities or recycle possession.

Conceicao encourages the wingers to cut inside and push infield to provide an option for the midfielders to progress the ball and create space for the fullbacks to exploit. If they are unable to create chances through short passing, they are unafraid to be more direct and use long balls and deep crosses to find the front two of Moussa Marega and Tiquinho Soares, both mobile and physically imposing strikers.

Telles thrived in this system. His 11 goals and 8 assists in 28 league appearances are numbers more befitting of a wide forward or number ten than a fullback. The majority of these have come from set-pieces, but his 5 goals and 5 assists from open-play is still impressive and indicative of his offensive mindset.

Given how narrow the wide midfielders of the 4-4-2 play, Telles is given license to push up the pitch and contribute to both build-up and chance creation in the final third. In both phases of play, he is excellent. By holding his width as a midfielder or forward comes deep, Telles makes himself a viable passing option. He then has the quality to either switch the line of attack with a crossfield pass, carry the ball infield to find a midfielder in a more advanced position or retain possession to attract pressure and release the ball at the last moment to a winger or forward. The latter is his most noticeable and frequent contribution in the build-up, and his control and timing allow him to consistently be an outlet for Porto to play through pressure in this specific manner.

Once in the final third, Telles is not particularly quick or strong at dribbling. Rather than carrying the ball himself, he prefers to cross irrespective of where he is on the pitch, be it deep or high. This is somewhat risky as it can lead to turnovers and an inability to consistently build attacks, but Telles is nevertheless an excellent crosser and contributes significantly to chance creation. Due to his wide positioning, he almost always has time and space for a cross, and even when crossing from deep, he can force the opposition into the concession of corners where his delivery is superb.

Defensively, Telles’ greatest strength is his ability to read the game. He is frequently able to intercept opposition passes through his anticipation and aggressive defensive positioning, which sees him step out of the backline to affect turnovers. With 1.67 aerial duels won per 90, he is also above-average in the air. However, he is less adept in one-on-one situations, where he is more passive and often commits fouls rather than retrieving possession. He can also be beaten for pace, something he will likely struggle during his initial transition to Premier League football.

Overall, Telles can be considered an improvement on Luke Shaw, Manchester United’s current first-choice left-back. Shaw was by no means poor last season, but he isn’t an especially dynamic attacking presence, is fairly injury-prone, and – as seen in United’s recent 6-1 defeat to Tottenham Hotspur – can leave space behind him and be slow to close it down. Telles, while a slight but not dramatic improvement defensively, brings much more to United’s attack and is significantly less injury-prone. He also suits Solskjaer’s attacking philosophy significantly better.

Alex Telles and his wonder of a left foot. pic.twitter.com/SQqhNkQDY8

Even after the arrival of Bruno Fernandes, Manchester United have still struggle to consistently create chances at times. They lack a defined attacking structure and rely upon moments of quick link-up play between individual players rather than rehearsed passing moves or a repeated plan. This means that they need as many technically gifted players who move intelligently and can facilitate more of these quick passing interchanges. With his technical quality, Telles could provide United with such an option from left-back and free up Marcus Rashford to take up more central positions.

Telles also gives United more tactical flexibility. In Brandon Williams – who often play left-back last season but is naturally right-footed – and Telles, United could finally have two aggressive attacking fullbacks on either flank. It’s also worth noting that despite a shaky start to the season, Aaron Wan-Bissaka has made significant improvements in his attacking play as well.

What this means is that United could use systems that require more dynamism from their fullbacks such as a 3-4-1-2 or a 4-3-1-2. The 3-4-1-2 could give Manchester United more defensive solidity, give Paul Pogba more freedom with the security of an extra defender behind him, and potentially allow Daniel James to be converted into an attack-minded wingback.

The midfield diamond would allow Donny Van de Beek to feature in the starting XI more frequently. Both systems would allow Solskajer to pair two of Edison Cavani, Mason Greenwood, Anthony Martial, and Rashford in a front two, allowing all four players to feature in their preferred number-nine role as opposed to playing wide.

Both systems undoubtedly have downsides: United probably don’t have enough quality central defenders to play in a back three and Nemanja Matic isn’t a sufficiently mobile defensive midfielder to consistently play at the base of a midfield diamond. However, they both give United options and – with their struggles early on in the season – changing formation to exploit certain opposition weaknesses could be crucial to their success. Telles, with his ability to provide consistently productive attacking contributions from wide, will give Solskjaer more tools in his arsenal.

Few United fans have pretensions that Telles can solve their defensive and attacking issues on his own. However, he is a sensible and well-priced addition to their backline who could improve the team in different ways. It’s simply a shame for Manchester United fans that a signing of this ilk is a rarity rather than a normality.

Read Also – Waiting in the wings: Five out of work coaches Premier League clubs will be monitoring