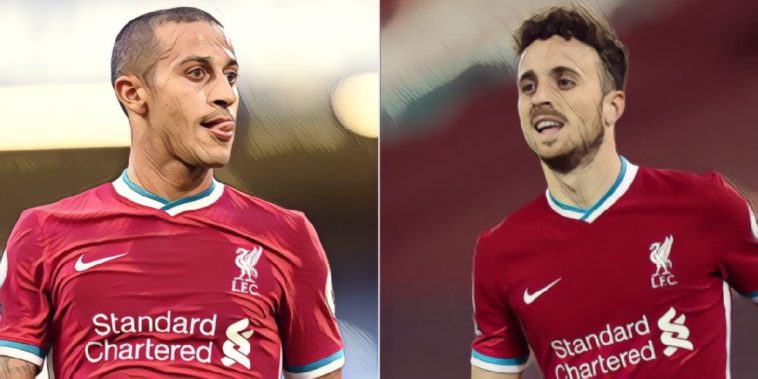 Jose Enrique has praised Liverpool’s summer transfer activity and has backed ‘magician’ Thiago Alcantara to become one of the signings of the season.

The latter arrives with a reputation as one of the best midfield talents in world football and helped the Bundesliga side to a treble-winning season last term, and Enrique believes his fellow Spaniard can provide the champions with ‘something they didn’t have before’.

“He’s a phenomenal player. He’s a top midfielder but he’s also a magician in the way that [Philippe] Coutinho was,” the former Liverpool left-back told the Mail.

“I can see him alongside Jordan Henderson and Fabinho in midfield, and giving the team something they didn’t have before.

“And it says a lot about where the club is right now that someone who is an important player at Bayern Munich wants to come and play for Liverpool.”

Enrique also praised the signing of Jota with the forward having marked his league debut for the club with a goal against Arsenal last month, the Portugal international arriving at Anfield to provide competition and cover in attack.

🗣 Diogo Jota on scoring on his Liverpool debut: "It means a lot.

“When you arrive at a team that are world champions, you always try to adapt as quickly as possible.

"The way they received me is exceptional. I just thank them for that."

The Spaniard believes the 23-year-old provides an instant upgrade on the club’s current back-up options and says Jota has the potential to improve further, highlighting his belief that Liverpool now have their strongest squad since Jurgen Klopp’s arrival on Merseyside five years ago.

“Divock Origi and Xherdan Shaqiri are good players but we were missing someone who, if he adapts, can reach the level of the other three forwards [Sadio Mane, Roberto Firmino and Mohamed Salah].

“Now with Jota it would not be as serious a problem if one of the others were out for a longer period.

“I think [Jurgen] Klopp has the best squad he has had since he has been at the club. And he will make the signings better players. He makes all of them better players.

“It’s difficult to improve someone who was a top Bayern player but Thiago will learn new things. He will be, if not the signing, then certainly one of the signings of the season.”