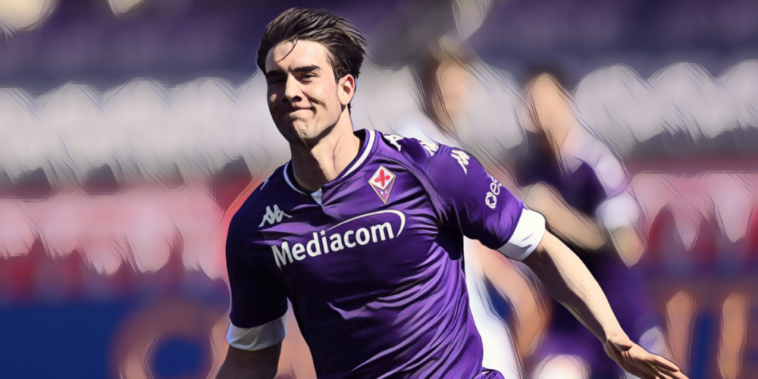 Tottenham are reportedly eyeing moves for Dusan Vlahovic and Simy as the club look to provide Harry Kane with greater ‘attacking support’.

Spurs are in the market for a new centre-forward to provide competition and cover for Kane, having allowed Carlos Vinicius to return to Benfica following an underwhelming loan spell last season.

Nuno Espirito Santo’s side have been linked with Southampton’s Danny Ings, though the Telegraph are reporting that Fiorentina forward Vlahovic and Crotone’s Simy are now on the club’s radar.

Fabio Paratici has been busy since his appointment as the north London side’s sporting director with the former Juventus chief having looked to Serie A for potential incomings, securing a loan deal for Atalanta goalkeeper Pierluigi Gollini earlier this week.

Spurs have also held talks over the goalkeeper’s Atalanta teammate Cristian Romero and Bologna’s Takehiro Tomiyasu as the club consider defensive reinforcements ahead of the new season.

Vlahovic has emerged as one of the most exciting young forwards in Europe following a breakout season with Fiorentina, with the 21-year-old scoring 21 league goals for La Viola in 2020/21.

The Serbia international – who is apparently rated at £50 million – has previously been linked with Liverpool and scored seven goals in just one half during Fiorentina’s 11-0 thrashing of fourth-tier Foligno in a pre-season friendly on Tuesday.

The Italian side are thought to be reluctant to lose the player and are hopeful the 6ft 3in star will sign a new deal to commit his future to the club before the start of the new campaign.

One potentially cheaper alternative could be Simy, for who a deal could be struck following Crotone’s relegation from Serie A last season with the Nigeria international having impressed despite his side’s poor performances.

The 29-year-old has scored 40 league goals across the past two seasons for Crotone, firing the side to promotion before scoring 20 times in Serie A last season in a relegated side.