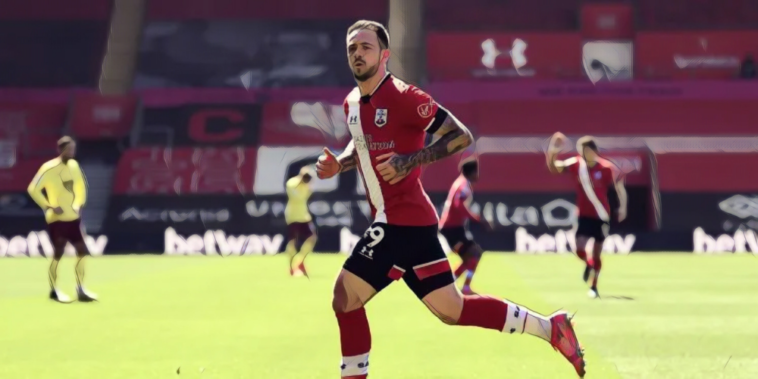 Tottenham have made the signing of Danny Ings their ‘top target’ this summer with the north London side wanting to pair the Southampton forward with Harry Kane in attack.

Ings has been linked with an exit from Southampton after turning down a new deal at St Mary’s, with the 28-year-old having entered the final year of his contract with the club.

Manchester City were this week credited with an interest as the Premier League champions seek a replacement for Sergio Aguero, though Spurs are now understood to have also expressed an interest in signing the three-cap England international.

The Telegraph are reporting that Nuno Espirito Santo is keen to change the shape and system at Spurs following his appointment as manager, with the former Wolves boss keen on a two-man forward line alongside Harry Kane.

Ings has scored 41 league goals in 91 appearances for Southampton since signing from Liverpool on an initial loan deal in 2018 and could be available for around £20m given his age and contract situation.

Spurs are in need of further attacking options with loanee Carlos Vinicius having returned to Benfica following an underwhelming loan spell, though the club are in talks with Son Heung-Min over a new contract.

Kane’s future remains an issue that needs to be resolved with the England captain having informed Spurs of his desire to leave in search of silverware.

However, the north London side are under no pressure to sell the 27-year-old who has three years remaining on his contract and are keen to keep him at the club, despite interest from Premier League rivals Manchester City, Manchester United and Chelsea, the former having submitted an offer earlier in the window.