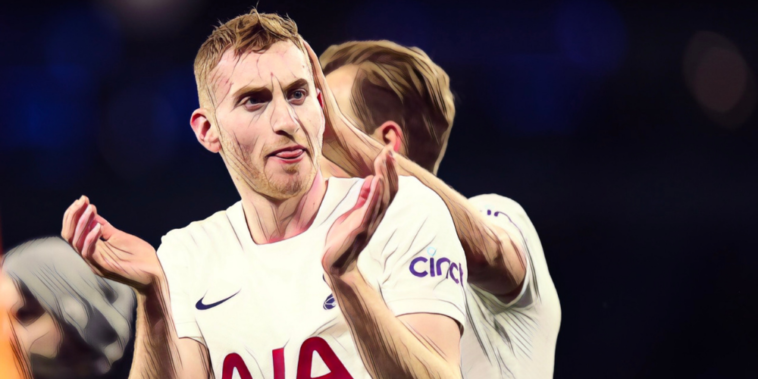 Tottenham are set to trigger a £25m clause and sign Dejan Kulusevski on a permanent deal following an impressive start to his loan spell from Juventus.

Kulusevski arrived from Juventus on a loan deal until the end of next season in January and has made an immediate impact in the Premier League, scoring twice and providing five assists in just eight Premier League starts.

Spurs have an option to sign the 21-year-old for a fee of £25m this summer and the Times are reporting that the club are keen to activate that clause and secure the signing of the Sweden international on a permanent basis.

Under the terms of the current agreement, Spurs would be obligated to purchase Kulusevski for a fee of £33.5m at the end of his loan spell, should he feature in more than half of their fixtures.

However, Antonio Conte’s side are keen to move early and exercise the cheaper option to sign the winger following his performances in recent weeks.

Kulusevski’s permanent arrival will raise doubts over the long-term futures of both Lucas Moura and Steven Bergwijn, who have struggled for starting roles at Spurs so far this season.

Bergwijn hinted at a potential exit whilst on international duty with the Netherlands last week after making just four league starts this season.

The 24-year-old has been linked with Ajax and could leave in search of regular first-team football, as he looks to keep alive his ambitions of featuring at the World Cup in Qatar.