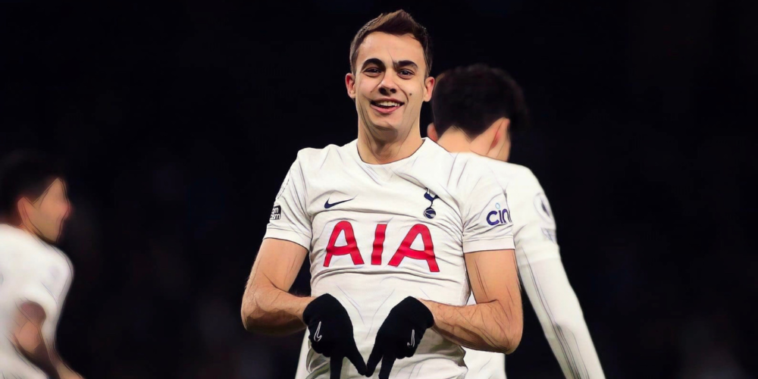 Tottenham full-back Sergio Reguilon has emerged as a transfer target for Barcelona as the Catalan club continue their summer spending spree.

Barcelona are working on the final deals of their summer recruitment with defensive additions the focus. The Spanish side are chasing deals for Chelsea duo Cesar Azpilicueta and Marcos Alonso, but have reportedly identified Reguilon as an alternative to the latter.

AS are reporting that Reguilon’s representative, Kia Joorabchian, held talks with Barcelona officials earlier this month to discuss the prospect of a move to the Camp Nou.

The 25-year-old – who made 22 league starts for Spurs last season – is understood to be open to a return to Spain and is valued in the region of €25m.

Antonio Conte has added to his wing-back options with the signing Ivan Perisic this summer and also has Ryan Sessegnon and Matt Doherty among his options for the left-sided role.

Memphis Depay has been mentioned as a potential makeweight in a deal with Spurs having held an interest in signing the Netherlands forward.

Reguilon signed for the north Londoners from Real Madrid in 2020 and the European champions inserted a €40m buy-back clause into the deal, which remains valid until August 31.