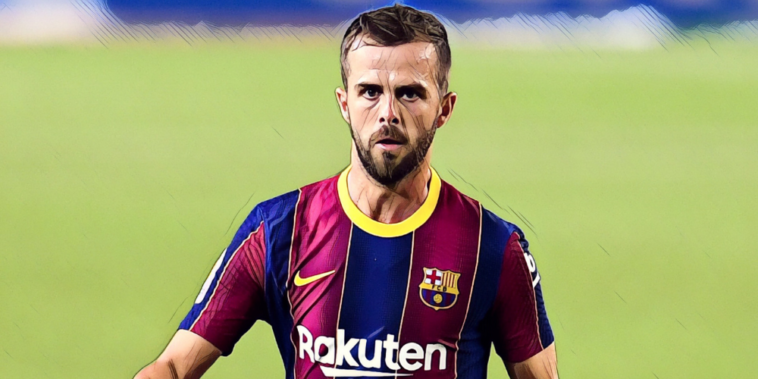 Tottenham have reportedly made enquiries into the availability of Miralem Pjanic on loan with the Barcelona midfielder having been deemed surplus to requirements at the Camp Nou.

Barcelona are looking to trim their squad ahead of the new season and are working on exits for Pjanic and Junior Firpo, with the latter understood to be in advanced talks over a move to the Premier League and Leeds.

Pjanic has also now emerged as a Premier League target despite being linked with a return to Italy, with Sport reporting that new Tottenham director of football, Fabio Paratici, has made an enquiry into loaning the Bosnia international.

Pjanic has disappointed since making the move to Spain from Juventus, where he won four consecutive league titles and was named in the Serie A Team of the Season on three occasions during his time with the Bianconeri.

The 31-year-old signed for Barcelona in a deal worth €60m last summer, with Artur Melo heading in the opposite direction, but struggled to establish himself as a regular in the side.

Juventus are believed to be interested in re-signing the star on a two-season loan, whilst Inter Milan and AC Milan are also keen, though the midfielder’s preference would be a return to Turin over the Milan rivals.

Spurs have now made their move however, with Paratici familiar with the player’s talents having previously held a role at Juventus before moving to north London.

Spurs finally announced the appointment of former Wolves coach Nuno Espirito Santo as their new manager on Thursday, ending a protracted chase for a successor to the sacked Jose Mourinho.

Read Also – Remembering the Euro 2016 Team of the Tournament