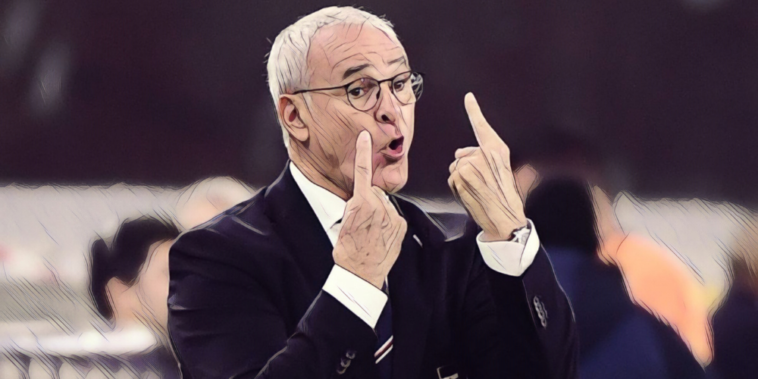 Claudio Ranieri is back in the Premier League after being appointed as the new manager of Watford, the Italian tasked with turning around the fortunes of newly-promoted side.

Ranieri first made his name in English football with a spell at Chelsea, before returning to the Premier League at Leicester and overseeing the Foxes’ incredible title triumph during the 2015/16 campaign.

A spell with Fulham proved far less successful, but with the likes of Atletico Madrid, Juventus, and Inter Milan also on his résumé the Hornets’ fans will hope Ranieri is the man to keep the club in the division this season.

Following his appointment, we look at the five overseas coaches to have managed the most Premier League clubs.

Marco Silva has taken charge of three Premier League clubs, having first arrived at Hull City mid-way through the 2016/17 season where despite an initial renaissance he was unable to prevent the club’s relegation.

Silva resigned following Hull’s drop into the second tier and took charge of Watford, losing just one of his opening seven games in charge to make a positive start with the Hornets.

Watford’s performances saw Silva soon linked with the vacant position at Everton, with Watford choosing to dismiss the manager in January of his maiden season as results started to deteriorate amid the interest from Merseyside.

Silva took charge of Everton – who later agreed to pay Watford £4m in compensation – in 2018, guiding the club to eighth in his debut campaign, before being sacked after a poor start to his second season.

The 43-year-old is currently in charge of Fulham, where he could make it four Premier League clubs managed if he guides the Cottagers to promotion from the Championship.

Avram Grant became a shock managerial appointment at Chelsea after Jose Mourinho’s first exit, the personal friend of Roman Abramovich trusted with the position following the departure of the club’s most successful manager.

Grant’s brief reign became known for a series of near misses as Chelsea finished as runners-up for the Premier League, League Cup and Champions League, before the division’s first Israeli manager was sacked and replaced by Luiz Felipe Scolari.

He had a short spell in charge of Portsmouth in which he guided the club to the FA Cup final in 2010, though resigned amid the club’s financial troubles and administration, taking charge of West Ham.

His sole season with the Hammers resulted in relegation, a final day defeat to Wigan condemning the club to the second tier.

Jose Mourinho has also managed three Premier League clubs, enjoying two spells at Chelsea in addition to stints in charge at both Manchester United and Tottenham.

Mourinho arrived into English football as the self-professed ‘Special One’ after winning the Champions League at Porto, turning Chelsea into the Premier League’s dominant force with back-to-back league titles in 2005 and 2006.

His first spell saw the Portuguese win five trophies in three-and-a-half seasons before departing as the club’s most successful manager, spending time with Inter Milan and Real Madrid before a second spell at Chelsea that delivered a third Premier League title and third League Cup.

Mourinho’s second stint ended following a disastrous defence of that 2014/15 title, though he was handed another chance at Manchester United and won a League Cup and Europa League double during his debut campaign.

That proved as good as it got however, with Mourinho sacked after two-and-a-half seasons in charge as the Red Devils struggled to compete with the likes of Manchester City and Liverpool.

Mourinho then made the shock move to Tottenham after the sacking of Mauricio Pochettino, but failed in his bid to become the first manager to win silverware with three different English clubs and lasted just 17 months in charge.

One of four former Chelsea managers to feature on this list, Claudio Ranieri was appointed as manager of the west London side in 2000 after spells at clubs including Napoli, Valencia and Atletico Madrid.

Ranieri became famed for his ‘tinkering’ of the side during four seasons at Stamford Bridge, though was sacked after expectations had been significantly been raised following Roman Abramovich’s takeover, despite guiding Chelsea to a runners-up finish and the Champions League semi-finals during his final campaign.

The Italian’s nomadic career continued with spells at Juventus, Roma, Inter Milan and the Greece national team before returning to the Premier League with Leicester, where he oversaw one of the greatest shocks in sporting history after guiding the Foxes to the title in 2015/16.

Leicester had started the season as relegation favourites before upsetting the odds to win the Premier League, cementing Ranieri’s place in the division’s history.

However, despite winning the first title in the Foxes’ 132-year history, Ranieri was sacked mid-way through his second campaign with Leicester just one point above the relegation places.

He took charge of a third Premier League club at Fulham in 2018, though was sacked after just 106 days after failing to halt the club’s slide towards relegation.

Ranieri will now take charge of a Watford side who have had no shortage of managerial change in recent seasons, with the veteran coach the club’s 13th manager since 2012.

Benitez’s appointment at Everton this summer means no overseas manager has now managed more Premier League clubs, the Toffees the fourth English side to have appointed the Spaniard.

Benitez arrived at Liverpool in 2004 and became an instant favourite after winning the Champions League during his debut season, before lifting the FA Cup the following campaign.

His six seasons saw Liverpool become regulars in the Champions League’s latter stages, though he departed by mutual consent in 2010 and later had a brief spell as interim manager at Chelsea.

🙏 “He was as passionate a manager at #LFC as he was at Napoli, or as Valencia manager & Real manager.”

💙 “The man is in love with the city of Liverpool, not so much a particular club before he joined us.”#EFC’s Farhad Moshiri explains why he appointed Rafa Benitez. pic.twitter.com/mMdguao8rU

Benitez was an unpopular appointment due to his Liverpool connection but guided the west London side to the Europa League, before returning to the Premier League with Newcastle after spells at Napoli and Real Madrid.

He became a hugely popular figure at St James’ Park after remaining with the Magpies despite relegation, guiding the club to an instant promotion back to the top tier and consolidating the side in the top flight.

He departed amid a lack of backing from owner Mike Ashley and will now hope to bring success to Everton after a spell at Chinese Super League side Dalian Professional.