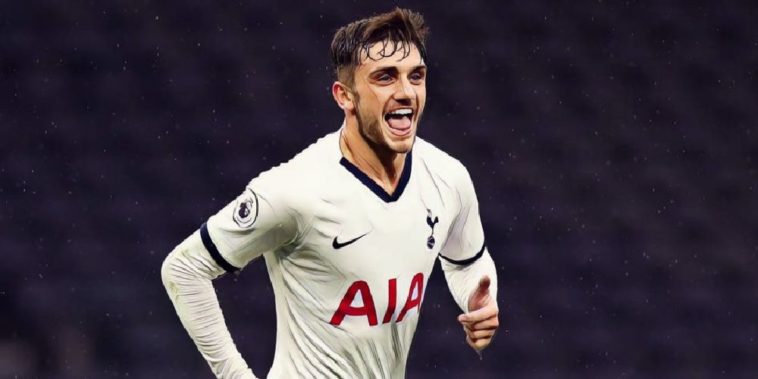 Chris Waddle has urged Jose Mourinho to give teenage star Troy Parrott an opportunity as Tottenham look cover for the loss of injured forwards Harry Kane and Son Heung-Min.

The north London side have been left without a recognised senior centre-forward following long term injuries to both Kane and Son, the latter joining the England captain on the sidelines after suffering a fractured arm in the win over Aston Villa last weekend.

Spurs struggled to cope without the influential duo as they were beaten 1-0 at home to RB Leipzig on Wednesday night, Timo Werner’s penalty condemning Mourinho’s side to a last-16 first-leg defeat and leaving the club facing an uphill task to secure their passage to the Champions League quarter-finals.

Jose Mourinho has repeatedly said that youngster Troy Parrott is not ready to be thrust into the first team, but having seen his former side struggle without a recognised attacking focal point, Waddle believes Mourinho should give the Irish starlet a chance ahead of some crucial fixtures, starting with the trip to top four rivals Chelsea this weekend.

”You are obviously going to miss the quality of Kane and Son but to be honest I can only think of one chance where you think that they could have scored that,” Waddle told BBC Five Live.

”They did not create many chances. They say they have no strikers but they do, they have Troy Parrott – you have to play him.

”He’s not even on the bench tonight. You can say he is not ready but how do you know? If you have a centre forward, you play him.”