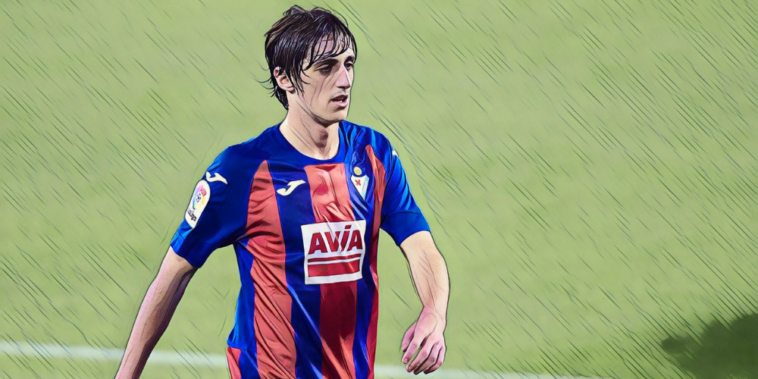 Tottenham are closing in on a swap deal that will see the north London side sign Bryan Gil, with Erik Lamela heading to Sevilla in the opposite direction.

New sporting director Fabio Paratici is moving swiftly in a bid to strengthen the Spurs squad ahead of the forthcoming campaign and an agreement is now understood to be close for exciting winger Gil.

According to respected journalist Fabrizio Romano, the deal for the 20-year-old will see Spurs pay a fee of around €25m (£21.6m) plus add-ons for the youngster, with Lamela also included in part-exchange for the three-cap Spain international.

Gil spent the 2020/21 season on loan at Eibar and impressed despite the club’s relegation to Spain’s second tier, scoring four goals and providing three assists, in addition to leading his teammates for successful dribbles, progressive carries and chances created.

Spurs are now finalising a deal, though Gil’s joining up with the north London side will be delayed by the winger’s involvement in this summer’s Olympic Games Football tournament with Spain.

The club are also working on a double deal for Atalanta duo Pierluigi Gollini and Cristian Romero as the club seek additions at goalkeeper and centre-back.

An exciting addition to the PL. 🇪🇸 pic.twitter.com/oCdjVEqLNz

Lamela’s departure to Sevilla will bring an end to the Argentine’s eight-year spell in the Premier League, the former record-signing making 255 appearances and scoring 37 goals since arriving from Roma in 2013.