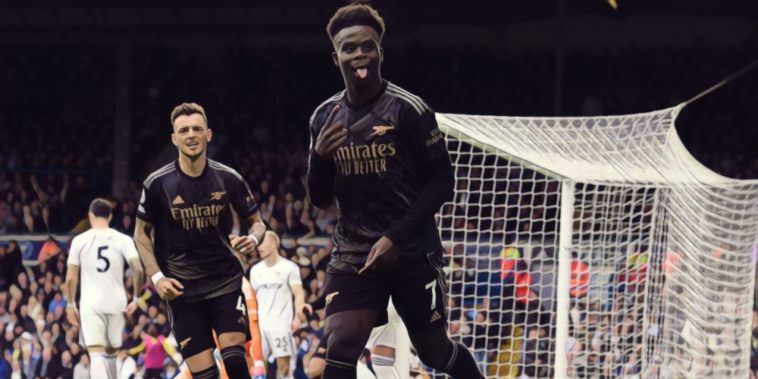 Arsenal will be looking maintain their fine form when the Premier League leaders travel to face Southampton this weekend.

The Gunners have had their best-ever start to a Premier League season and extended their lead at the top of the division to four points last time out.

Here is all you need to know about Sunday’s game at St Mary’s.

Southampton earned a first win in six games at Bournemouth in midweek to relieve some of the pressure building on Ralph Hasenhuttl.

It’s been a challenging start to the season for a young side on the South Coast, but Che Adams’ glancing header moved the Saints two points above the Premier League’s bottom three.

The win also saw Southampton end a long wait for a Premier League clean sheet, having failed to keep a shut-out in the division since April – a run of 16 league games.

Duje Caleta-Car impressed on just his second start since arriving from Marseille and Hasenhuttl will hope that the win over the Cherries, alongside a spirited draw with West Ham, can be the springboard to his team pulling clear of the relegation places.

It’s been an almost flawless start to the season for Arsenal and both confidence and momentum is beginning to build at the Emirates.

Mikel Arteta’s side are now four points clear at the top of the Premier League after Manchester City dropped points last weekend, with Bukayo Saka’s winner at Leeds extending the Gunners’ lead.

Arsenal have won nine out of their first ten Premier League games this season.

The last four clubs to do so went on to win the title 👀 pic.twitter.com/v0dBwqkViw

It is the north London club’s best-ever start to a Premier League season, while the last four clubs to win nine of their opening ten games all went on to win the title. A first Premier League coronation since 2003/04 would be a dreamland for an Arsenal side who have spent six seasons outside the Champions League, but on current form there is no reason why the Gunners cannot be Manchester City’s nearest challengers this season.

Arteta’s side also confirmed their Europa League progress following their 1-0 win over PSV on Thursday night, as he looks to rest key personnel ahead of a congested schedule. The Gunners are youthful and energetic, but have a squad that lacks the depth of rival sides.

Southampton condemned Arsenal to a third straight defeat and dealt a huge blow to the Gunners’ hopes of securing Champions League football.

Arsenal’s late-season wobbles continued with a 1-0 loss at St Mary’s, in which Jan Bednarek scored the decisive goal after the north Londoners failed to clear a corner.

Bukayo Saka and Emile Smith Rowe forced fine saves from Fraser Forster, but Arsenal were unable to create many clear-cut chances as the Saints earned all three points.

The win relieved the pressure on Southampton, who secured a first Premier League win since February.

Is Southampton v Arsenal on TV?