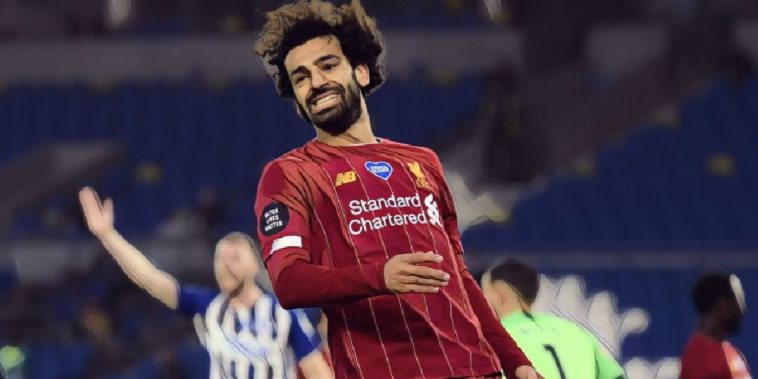 Salah scored twice as the newly-crowned champions secured a 3-1 victory at the Amex Stadium on Wednesday, the Egyptian international taking his tally to 19 Premier League goals for the season – three short of leader Jamie Vardy in the race to finish as the division’s leading scorer.

The 28-year-old has won the Premier League’s Golden Boot in each of the past two seasons and is seeking to become just the third player in the league’s history – after Alan Shearer and Thierry Henry – to win the accolade in three successive seasons.

Salah has made no secret of the importance he places on chasing the Golden Boot and individual accolades, and Souness believes the Liverpool forward’s determination to make personal history led to a ‘super selfish’ display from the Reds’ forward.

Mo Salah speaking to @Carra23 on winning the golden boot or most points record pic.twitter.com/QrvfrpqOEP

“He was at it tonight from the first minute. I think it [the Golden Boot] is important to him,” Souness told Sky Sports.

“You’ve seen his reaction when people weren’t finding him late on in the game in the last third. He was shooting at every opportunity, and his teammates will not have been happy with him on two or three occasions.

“But he’s always selfish. I think tonight he was super selfish. He really wants his Golden Boot.

“They’ve won the league, so he’s done his bit for the team, he’s played his part, he’s got the goals, he’s been fabulous, and he wants that Golden Boot. And he thinks he’s in a team that creates chances, so he thinks it’s very much still on for him.”

Souness added that all great goalscorers have an ‘element’ of selfishness to their play, but conceded that Salah’s ambition for further Golden Boot success takes his greediness to ‘another level’ on occasion.

“They’ve got an element of it – they’ve all got an element of it,” Souness added. “But I think he takes it to another level. I think Mane has fallen out with him in the past over occasions where he feels he should have passed to him to score a goal and he shot himself.

“So I think there is an element in all goalscorers that they’re greedy at times, but I think he takes it to another level.”