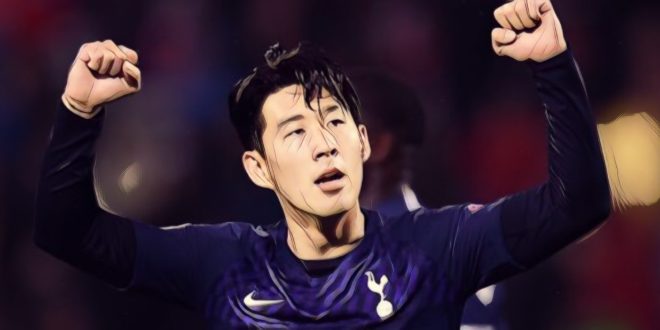 Son, who had his red card overturned by the FA on Tuesday, netted a brace as Spurs recorded an away win for the first time since May, beating Red Star Belgrade 4-0 in their Champions League group game.

Giovani Lo Celso had opened the scoring for Spurs on what was his full debut for the club before the South Korean’s brace, Christian Eriksen rounding off the scoring following his own disappointing start to the season.

Speaking after the game, Son described the 4-0 rout as ‘important’ for the side’s confidence.

“It is so important to win this game, especially against a team that are unbeaten at home,” Son told BT Sport.

“We had a good attitude and we scored the goals in the first half. It is massive for our confidence. It is a really difficult place to come and we know we can play well in the away games, so we can take these positives forward.”

Speaking about his mindset following the distressing scenes at Goodison Park at the weekend, Son apologised for his part in the incident which saw Andre Gomes suffer a horrific-looking ankle injury.

“Of course it has been a really tough few days but I have realised how lucky I am with all the support I have had from the fans and my teammates,” he added.

“I can say I’m really sorry for the accident and the situation but I had to focus for the team and I had to keep going and it was the right response to all the people who have supported me.”