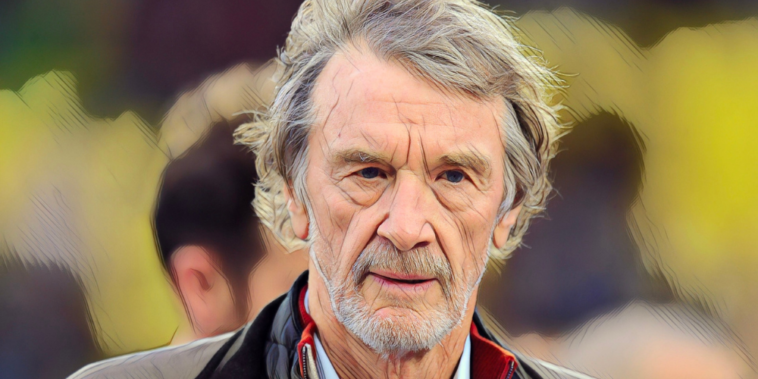 Sir Jim Ratcliffe has confirmed that his company, Ineos, is ‘in the process’ as a potential buyer of Manchester United.

The Red Devils are officially up for sale after the Glazers announced in November that they were looking for additional investment, up to and including a full sale of the club.

Since then, a whole host of parties have been tipped to be interested in purchasing the club, though none have gone public on their interest…until now.

The Glazers have enlisted the help of New York-based investment bank the Raine Group – who oversaw the sale of Chelsea last year – to do the same role for Manchester United, and according to the Telegraph last week, have set a deadline of ‘mid-February’ for interested parties to place their bids.

Now, as per the Times, a spokesperson for Sir Jim Ratcliffe, has revealed that his company, Ineos, are interested.

“We have formally put ourselves into the process,” the short statement reads.

While there is expected to be interest from around the globe, including the USA, Far East and Middle East, Ratcliffe is a figure who would be popular with the fans, with the Failsworth-born billionaire a boyhood United supporter.

Ineos, the petrochemicals company, already has a number of sporting interests, including ownership of Ligue 1 side Nice, while have involvement in the world of Formula 1, Rugby Union, sailing and cycling.

Ratcliffe had made a late bid to buy Chelsea last year, before later revealing that he had made inquiries about the availability of United, only to be told by the Glazers that the club was not for sale.

While Ratcliffe’s interest will come as a boost to the United fanbase, the Glazers will have the ultimate say on who takes over the club, the American’s said to be seeking a figure in the region of £5 billion.

Interested parties formally have to register their interest with the Raine group in order to see the club’s confidential documents and undertake a period of due diligence before a formal bid is placed.

It is the hope that any potential deal will be completed by the end of the season.