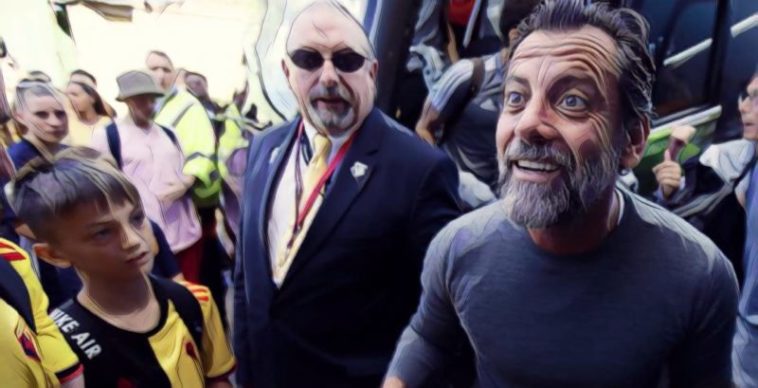 The managers who couldn’t cut it in the Premier League and got the sack before they ever got truly settled into the job.

Tottenham have become the latest side to press the Premier League panic button, sacking Nuno Espirito Santo just four months after his summer appointment, following the club’s 3-0 defeat to Manchester United this weekend.

Nuno’s short-lived reign – lasting 124 days – saw him take charge of just 10 league fixtures, his uninspiring football leading to a hasty exit from the North London side.

Following his departure we’ve decided to look at a selection of other managers who endured similarly short spells in charge of Premier League teams.

Flores’ second stint in charge of Watford was, needless to say, far less successful than his first between 2015-16. During his three months as manager, the side saw a slight uptake in results as they won their first game of the campaign and drew 2-2 with Arsenal.

They did, though, also lose 8-0 to Manchester City and their performances were arguably discernibly worse than under their predecessor. Flores was sacked with the team still bottom of the table, six points adrift of safety.

Five managers who infamously lost the head on the sideline

Swansea’s last few seasons in the Premier League were characterised by the chopping and changing of managers that contributed to the erosion of their identity as a club that played neat, possession-based football.

In 2016 the former US coach Bob Bradley took over from Francesco Guidolin, and immediately decided on a gung-ho attacking approach, such was the paucity of defensive talent in the side.

11 games, two wins, and a boatload of goals conceded later, and the American was sent packing just after Christmas. Paul Clement kept the Welsh club up, before getting the sack himself the following December.

There’s a few reasons why the legendary Dutch player was doomed from the very beginning: Crystal Palace’s announcement video featured photos of his brother, Ronald, and not him (how awkward), and chairman Steve Parish admitted that the club’s DNA was very much rooted in a more direct style than what De Boer had planned on integrating into his squad. That’s probably why he was only the second non-British or Irish manager in the South London outfit’s history.

Replacing Sam Allardyce with the Ajax graduate was too much of a culture shock for the Eagles, who failed to score a single goal or win a league game under De Boer.

His four-match reign is the shortest of any manager in the Premier League era in terms of games, with the Dutchman swiftly making way for Roy Hodgson.

When Rene Meulensteen was brought in to aid Fulham’s relegation battle as a member of the backroom team, everyone knew the writing was on the wall for Martin Jol. Three weeks later, the former Manchester United coach was in charge of team affairs.

Two and a half months and four wins after that, he too was replaced, this time by Felix Magath. There was confusion at first, as Meulensteen was not even mentioned in the statement announcing the German’s hiring, with some wondering if he was moving back into a technical role.

Four days on, his contract was cancelled.

These days Les Reed has a reputation as being a mastermind behind the scenes of football. After eight years of being Southampton’s Head of Football Development, a period in which the club regained their top flight status and produced a myriad of super talented footballers, Reed also spent time as a Technical Director at the Football Association.

Before all that though, he had a go at managing Charlton Athletic.

Fair to say, it didn’t go well. In the space of six weeks he accumulated a single victory and his side were knocked out of the League Cup by fourth-tier club Wycombe Wanderers.

Dubbed ‘Les Miserables’, Reed would endure the shortest managerial reign in Premier League history while at Charlton, an unwanted record that is unlikely to ever be broken.