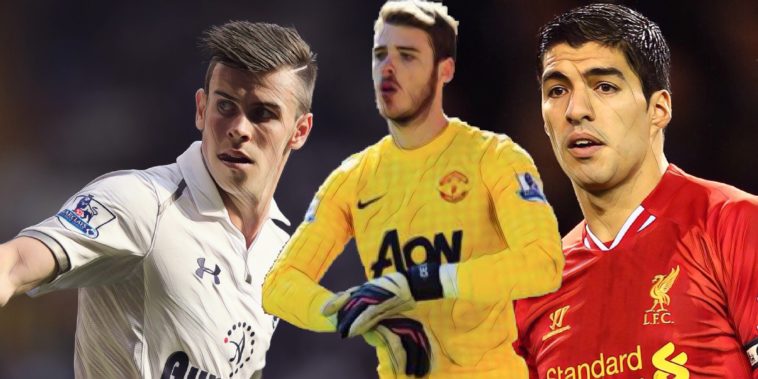 Premier League fans will have undoubtedly heard Chelsea fans singing Jorginho’s name in recent weeks, the Italian midfielder having established himself as a key figure in Frank Lampard’s new-look side with some impressive performances in the opening months of the season.

It’s been some turnaround for the deep-lying playmaker who was widely scapegoated for the club’s poorer performances last season, Jorginho having been booed by sections of the home support due to his association with the tactics of unpopular former manager, Maurizio Sarri.

Jorginho’s redemption at Stamford Bridge is not the first case of a player taking time to settle into his new surroundings, here are six top players who recovered from shaky starts to become Premier League legends.

Signed from Inter Milan in a big-money move in 1995, the Dutchman initially took time to settle at Arsenal and took seven league games to finally register his first goal for the club.

Such was Bergkamp’s struggles, media outlets ran headlines declaring the forward as a ‘waste of money’, declarations that did not age well.

It would be Arsene Wenger’s arrival that would truly unlock the striker’s talent, Bergkamp starring in the Frenchman’s first full season in charge as Arsenal claimed a domestic double.

His influence saw him win a PFA Player’s Player of the Year and Football Writer’s Footballer of the Year double, whilst he would help the club to a further two league titles and three FA Cups in a trophy-laden career at Highbury.

Bergkamp would retire in 2006, his achievements later honoured with a statue outside the club’s new Emirates Stadium home.

See also – 15 of the best quotes by the Dutch master, Bergkamp

Regarded by many as the greatest player in Premier League history, it can be easy to overlook that Arsenal legend Henry endured a difficult adaptation to life in English football.

Arsene Wenger had spotted the potential in the French forward who was being misused at Italian side Juventus, spending £11m to bring the youngster to Highbury in 1999.

It would prove a slow start to life in North London for Henry, however, taking eight league games to register his first goal as he continued to adjust to the demands of the Premier League.

It would take until December for his fortunes to really turn, a flurry of goals rounding out an impressive second half to the season to offer a glimpse of what was to come.

Over the next seven-and-a-half seasons Henry would evolve into the division’s finest player, winning two league titles and a record four Golden Boot awards.

He would score 174 league goals in his first spell at the club, being named as FWA Footballer of the Year on three occasions and establishing himself in the opinion of many as the league’s greatest ever player.

Emerging as a bright young prospect from the Southampton conveyor-belt of talent, Bale would move to Tottenham in 2007 where he would enjoy a difficult initial spell in North London.

Such were his struggles, Bale was labelled a ‘jinx’ by some after failing to win in his first 24 appearances for the club, with the player linked with a move to Birmingham City for a fee of just £3m not long after his move to White Hart Lane.

The so-called jinx would eventually be broken with a victory over Burnley, but it would be a shift from left-back to left-wing which would really ignite his career.

Moving into the attacking role, Bale’s talents would truly become apparent, his blistering pace and delivering seeing him star as a winger. It would a breakout performance against Inter Milan that would announce the Welshman to European football, scoring a sensational hat-trick in the San Siro during a 4-3 defeat before dismantling the Italian side in the return fixture in London.

His evolution would continue in the form of spectacular goals and match-winning displays, scoring prolifically and being named as PFA Player’s Player of the Year twice in three seasons, his performances attracting the interest of Real Madrid who would part with a world-record fee to sign the winger in 2013.

Having plundered 81 goals in just 110 league appearances, Liverpool secured the signing of the Uruguayan forward from Ajax in a big-money move in January 2011.

Despite scoring on his debut against Stoke, Suarez would endure a slow start and scored just four times in his first half-season at the club, whilst his first full campaign saw him score only 11 Premier League goals.

Many questioned whether the talented but temperamental star could translate his prolific form into English football, but any doubts were soon erased following brilliant back-to-back campaigns.

The first would see Suarez hit 30 goals in all competitions in 2012/13, before he delivered one of the greatest individual seasons in Premier League history the following year.

Despite missing the opening weeks of the season through suspension, Suarez would score 31 goals in just 33 league appearances, firing Liverpool to the brink of the league title before a late collapse saw Manchester City pip them to the crown.

Suarez’s stunning season was rewarded with a host of individual accolades included a PFA Player’s Player of the Year and FWA Footballer of the Year double, in addition to his Premier League Golden Boot and European Golden Shoe awards.

He would leave for Barcelona that summer, where he has continued to shine as one of world football’s leading forwards.

Thrust into the Premier League spotlight as a youngster, David de Gea was signed from Atletico Madrid in 2011 as a replacement for the retiring Edwin van der Sar.

The goalkeeper had impressed after breaking through in the Spanish capital, but he soon found the intensity and physicality a different proposition after making the move to Old Trafford.

His first competitive appearance would see him make two mistakes in the club’s 3-2 Community Shield victory over Manchester City, whilst he was also heavily criticised for mistakes against West Brom and Blackburn in his opening months at the club.

A difficult first season saw him temporarily dropped in favour of Anders Lindegaard, but having returned to the side continued to improve.

Over the next few seasons he would develop into the finest shot-stopper in the Premier League, being named in the PFA Team of the Year on five occasions, including four consecutively between 2014 and 2018.

Also named as Manchester United‘s Player of the Year on four occasions, De Gea has been a rare world-class performer in a period of transition at Old Trafford, and continues to shine at the very highest level.