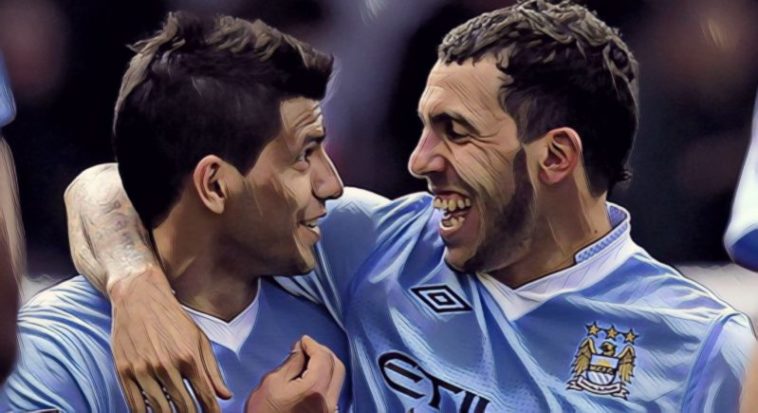 The invasion of foreign talent into the Premier League during its illustrious history is part of what makes the competition so special, with a series of South American stars having been amongst the division’s leading lights.

The continent is home to some of world football’s most reputable footballing nations, and several of its very best stars have shone in English football.

Here, in an attack-minded 3-4-3, is the Premier League’s all-time South American XI…

The brilliant Brazilian may have only been a Premier League player since 2017, but few goalkeepers have made such an immediate impact in the English game.

The former Benfica star has helped revolutionize the role of the modern goalkeeper, Ederson’s ability on the ball making him a key component of Pep Guardiola’s all-conquering Manchester City side.

Quick off his line and possessing the passing ability of a top-level midfielder, Ederson has been an undeniable success since his move to the Etihad, helping City to secure back-to-back Premier League title’s and England’s first ever domestic treble.

A key figure in Manchester City’s rise into English football’s elite, Zabaleta was actually signed the day before the club’s mega-money takeover in 2008 and would go on to become one of the club’s most popular players.

Establishing himself as one of the Premier League’s leading defenders, Zabaleta helped City end a 44-year wait for a league title in 2012, scoring a rare goal in the club’s dramatic final day win over QPR.

The Argentine remained a model of consistency over a nine-year spell at the Etihad, winning a further league title in 2014 as well as enjoying FA Cup and League Cup success with the club.

Zabaleta left to join West Ham in 2017, where he continues to play in the latter stages of his career.

This team isn’t entirely made up of Manchester City players, promise. Otamendi arrived at the Etihad in a big-money move from Valencia in 2015 and became a regular at the heart of the cub’s defence.

The Argentine defender was superb during the club’s record-breaking 100-point Premier League campaign in 2017/18, being named in the PFA Team of the Year in a memorable campaign for the Manchester side.

Opportunities were not quite so forthcoming last season, though Otamendi has won six major honours in his four seasons in English football, including helping City become the first side in a decade to secure back-to-back league titles in 2019.

A player who has divided opinion during his two spells at Chelsea, the big-haired Brazilian has nonetheless played a key role in the club’s recent success.

Originally moving to Stamford Bridge in 2012, Luiz helped Chelsea to Champions League, FA Cup and Europa League success during a three-year spell, though doubts over his defensive displays saw him leave for Paris Saint-Germain in 2014.

A modern, ball-playing defender, Luiz returned to Chelsea in 2016 and his concentration and composure seemed to have improved in his time away.

Luiz starred in a back three as the club won the title under Antonio Conte in 2017, being named in the PFA Team of the Year, before adding further FA Cup and Europa League trophies to his list of Chelsea honours.

Signed following his impressive performances during Brazil’s triumphant World Cup campaign in 2002, the defensive midfielder became one of the most reliable performers in the Premier League during his time at Arsenal.

Part of the famed ‘Invincibles’ side which went the entire campaign unbeaten in 2003/04, Gilberto’s solidity at the base of the midfield allowed Arsenal’s attacking talents to flourish around him.

The Brazilian would emerge as a leader for Arsene Wenger’s side as they moved into the post-Highbury era, captaining the side on several occasions and mentoring the likes of young prospects such as Cesc Fabregas.

Fernandinho’s impact on Manchester City’s recent successes is as evident as when he’s absent from the side as when he’s in it, with City having failed to find adequate alternatives to the Brazilian in the holding midfield role.

Signed from Ukrainian side Shakhtar Donetsk in 2013, Fernandinho has become one of the world’s finest in his position, playing a crucial role in Pep Guardiola’s side’s recent successes.

Possessing superb technique and the work-rate and energy required at the heart of the midfield, Fernandinho has been an ever-present in three title winning City teams.

Following the Chilean’s struggles since his much-hyped move to Manchester United in 2018, it can be easy to forget Sanchez’s brilliance during his time at Arsenal.

Having arrived in a £34m deal from Barcelona in 2014, Sanchez scored 60 Premier League goals in 122 appearances for the North London side, establishing himself as one of best attacking players in the division.

A whirlwind of tenacity and tireless work-rate, Sanchez had quality to match his commitment and helped Arsenal to FA Cup success in 2015 and 2017, scoring in each final.

Plucked from Inter Milan as a talented but raw youngster, the Brazilian playmaker would blossom into one of the Premier League’s finest attacking talents during a five-year stay with Liverpool.

Blessed with unerring technique and vision, Coutinho took on the mantle of Liverpool’s creative fulcrum following Luis Suarez’s departure in 2014, establishing himself as a star before leaving for Barcelona in 2018.

Developing a penchant for the spectacular, Coutinho was a huge fan’s favourite at Anfield prior to his departure, scoring several stunning goals in a memorable spell on Merseyside.

Love him or loathe him, the Argentine made some impact at three different Premier League clubs during a rollercoaster career in English football.

Arriving at West Ham alongside Javier Mascherano in one of the most bizarre transfers of all-time, Tevez started slowly in East London before a series of heroic displays helped the club escape relegation in 2007.

His displays earned him a move to Manchester United, where he formed part of a potent forward line alongside Wayne Rooney and Cristiano Ronaldo, winning back-to-back Premier League titles and the 2008 Champions League.

Controversy seemed to follow the forward and in 2009 he made one of the Premier League’s most memorable transfers, crossing the Manchester divide to join recently-rich ‘noisy neighbours’ Manchester City.

At City he scored prolifically, winning a Golden Boot and third Premier League title, though a fall-out with manager Roberto Mancini saw Tevez famously go on strike in his homeland before returning.

He eventually left English football for Juventus in 2013 having scored 84 goals in seven seasons in the Premier League.

Another supremely talented South American who was never far from the headlines, be that for the right or wrong reasons.

Arriving as a replacement for outgoing fan’s favourite Fernando Torres, Suarez started slowly despite a goal on his Anfield debut, but soon developed into one of the world’s finest forwards.

23 Premier League goals in 2012/13 was a sign of things to come, before the Uruguayan arguably delivered the Premier League’s finest individual season ever the following year.

Suarez fired Liverpool to the brink of a long-awaited title after plundering 31 goals in 33 appearances, before Brendan Rodgers’ side were narrowly pipped by Manchester City.

His performances were enough to see him scoop a PFA Player’s Player and FWA Footballer of the Year double, the prestigious individual awards to go alongside his Golden Boot.

A series of controversies marred his time in English football before his move to Barcelona in 2014, though Suarez will be remembered as one of the most talented strikers of the Premier League-era.

One of the most ruthless finishers in the history of the Premier League, Argentine Aguero’s impact has been immeasurable since moving to Manchester City in 2011.

A pair of stunning goals on debut instantly won him the fan’s affection, but it was the end to his first campaign at the Etihad that lives longest in the memory.

With City seemingly having blown the opportunity to end a 44-year wait for a league title, Aguero’s dramatic, stoppage-time winner against QPR handed the Manchester their first Premier League crown.

It remains arguably the most iconic moment in the league’s history, City snatching the title with just seconds remaining.

Aguero’s legacy on the blue half of Manchester has continued, the forward being part of four title-winning sides and becoming the highest-scoring non-European in Premier League history.

The former Atletico Madrid star also became City’s all-time record goalscorer in 2019, Aguero having scored a huge 231 goals in 338 appearances for the club.

Read Also: Five of the most expensive French Footballer’s of all time