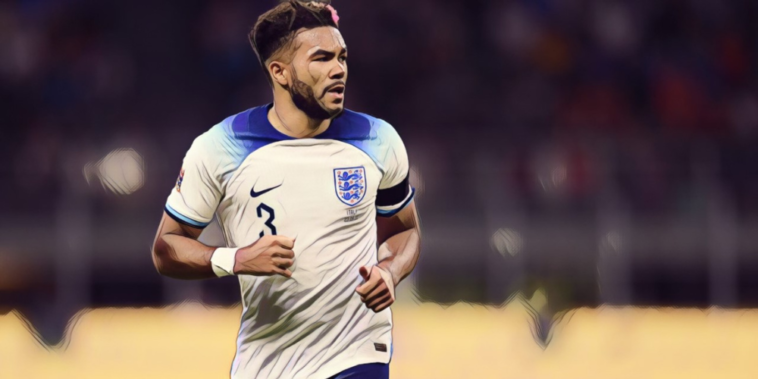 The World Cup comes around every four years and remains the biggest event in the game, with the most prestigious tournament in the sport headed to Qatar next month.

With the fixtures coming thick and fast leading up to the tournament, world football’s finest will be hoping to avoid injuries which could threaten their participation. Already we’ve seen some big names cruelly ruled out of the finals, following moments of mistimed misfortune.

Here are five top players set to miss the World Cup through injury.

N’Golo Kante was instrumental to France’s success at the 2018 World Cup, but the midfielder will not feature as part of the French team looking to defend the trophy in Qatar.

Kante has been plagued with fitness problems across the past two seasons and has made just two appearances for the west Londoners during the current campaign. The 31-year-old has not featured since Graham Potter’s arrival as head coach in early September, having suffered a setback to his hamstring issue in training.

The Chelsea midfielder will be a terrible miss at the World Cup! 💔 pic.twitter.com/4IV9wklRVc

Didier Deschamps is facing the prospect of travelling to the World Cup without his entire first-choice midfield from their triumphant team in Russia. Paul Pogba has only recently returned to Juventus training following surgery during the summer, while Blaise Matuidi is now 35 and has not featured for the national side since 2019.

Aurélien Tchouaméni will be tasked with replacing Kante as the Les Bleus’ midfield anchor, with Real Madrid teammate Eduardo Camavinga an alternative option in an inexperienced engine room axis.

Paulo Dybala faces a race against time to take his place at the World Cup after thigh injury brought a halt to his impressive first season at Roma.

The Argentina international signed for Roma from Juventus on a free transfer during the summer and has had an explosive start at the capital club, with seven goals in just 11 appearances across all competitions.

The 28-year-old injured himself while scoring a penalty during a 2-1 victory over Lecce earlier this month, with scans revealing that the forward was facing six weeks on the sidelines. Argentina’s first group game is scheduled for November 22, against Saudi Arabia.

Despite a modest goal record for the national side, Dybala was expected to take his place among Lionel Scaloni’s plans for the World Cup, with Argentina arriving at the tournament in formidable form. The South Americans have not lost since a semi-final exit at the 2019 Copa America, a run of 35 consecutive matches. La Albiceleste can break Italy’s all-time international (37) record during the group stage in Qatar.

Diogo Jota sustained an injury late in Liverpool’s 1-0 win over Manchester City earlier this month, an issue that Jurgen Klopp described as a ‘pretty serious injury in the calf muscle’.

Klopp confirmed that the forward would miss the World Cup, in a cruel blow to Jota who was expected to feature prominently during Portugal’s campaign in Qatar.

The 25-year-old has scored ten goals in 29 appearances for the national side, with only Cristiano Ronaldo having netted more among Fernando Santos’ most recent squad selection. Jota’s goal threat, versatility and intensity from the front will be missed in Qatar, but his absence could provide a chance for the nation’s emerging talent.

After such a good night at Anfield mine ended in the worst way ! In the last minute one of my dreams collapsed 💔
I will be one more supporting from the outside, club and country, and fighting to be back as soon as possible 🙏
You'll Never Walk Alone pic.twitter.com/gKssZSnLZ1

Rafael Leao excelled for AC Milan last season and could be handed a more prominent role, while uncapped Liverpool teammate Fabio Carvalho has been named in Portugal’s provisional squad. The teenager faces a fight to make the final selection but has impressed for the u21 side, with two goals and two assists in four appearances.

Right-back has been lauded as England’s position of strength with an embarrassment of riches available to Gareth Southgate.

The pool of talent is a little drier right now however, with both Reece James and Kyle Walker major doubts for the World Cup. Both were expected to start for the Three Lions should Southgate persist with a back three, with Walker as a right-sided centre-back and James further forward at wing-back.

Reece James has vowed to do everything he can to make the World Cup in Qatar 👇 pic.twitter.com/wRpsbfQNqq

Each are huge absentees for England, with James’ drive and creativity set to be a major miss. The Chelsea defender sustained a knee injury against AC Milan this month and is not expected to recover in time to take his place in Qatar.

With Trent Alexander-Arnold out of form at Liverpool and out of favour for the national side, Southgate will want Newcastle’s Kieran Trippier wrapped up on cotton wool as the World Cup approaches.

Georginio Wijnaldum has not been included in the Netherlands’ provisional squad for Qatar, with the midfielder unable to feature due to a fractured tibia.

Wijnaldum signed on loan for Roma during the summer but made just one appearance before sustaining the problem, one which looks set to see him miss a second successive World Cup after the Netherlands failed to qualify in 2018.

The former Liverpool midfielder has suffered a decline in fortunes since leaving Anfield and struggled for opportunities at Paris Saint-Germain last season, but he has remained a crucial part of the national side and one of the Oranje’s most consistent performers.

The 31-year-old has scored 16 goals from his last 33 appearances at international level, having flourished in a more attacking role than he was often granted in the Premier League.