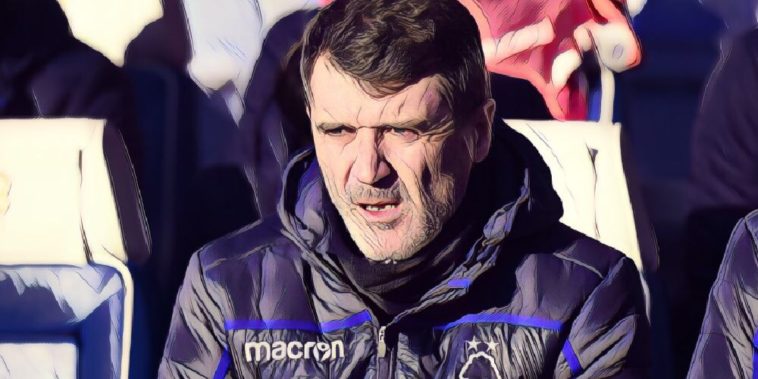 Roy Keane has left his job as assistant manager at Nottingham Forest to restart his managerial career, but his options are bare thin.

When Martin O’Neill was appointed Ireland manager in 2013, Roy Keane was revealed to be his assistant manager. Dubbed ‘MonKeano’, they were packaged as the dream team that would lead the national team to former glories. Indeed, Euro 2016 qualification was secured with a historic win over Germany along the way, and the tournament itself was a qualified success.

The following two years were, on the other hand, a bit of a disaster when the 2018 World Cup campaign went off the rails after a good start, with a 5-1 home defeat to Denmark in the playoffs the crowning jewel. The management should have been held accountable and sacked for such an embarrassing defeat, but they stayed on for the Uefa Nations League and things only got worse as the goals dried up and just one win (a friendly against the US) in 2018 followed.

Time up. But the strange thing is that, after five years, no one was quite sure what O’Neill did during his stint, how he managed the team or what he was instructing the players to do. Aiden McGeady and Shay Given have more or less admitted that tactical preparation and instruction was at a minimum, if at all. By extension, it’s hard to see what Keane offered either.

The ex-Manchester United man obviously garners the respect of whatever dressing room he walks into, thanks to the legacy he built as a footballer. He brings a wealth of experience in that respect, as well as being able to motivate his players as he did as a captain for both club and country.

Legacy will only take you so far, however, and Keane doesn’t strike one as a cunning, strategic type. This is a man who, after all, kung-fu kicked a tactics board at both Sunderland and Ipswich Town. “That’s what tactics mean,” Jimmy Bullard quoted Keane as saying in the aftermath of one of these incidents. “Fuck all in this game.”

That segues nicely to the next issue with Keane and his management: his temper. The Corkman could charitably be called a hot-head at the best of times during his playing career, but it seems he is equally capable of losing the head as a coach. Stephen Ward’s Whatsapp voice message illustrated this better than anything, giving us an insight to his fallings-out with both Jonathan Walters and Harry Arter, the latter of whom took a short hiatus from international football as a result.

Al of which begs the question: who would take him on as a manager, knowing what we all know about him? The Irish job badly exposed his deficiencies to the point where certainly no Premier League club will take a punt on him, not that he was even on that level when he left Ipswich, his last job as the main man. And that was eight years ago.

There was a time when Keane was considered the heir apparent to Alex Ferguson, retaining some sort of footballing lineage while leading Manchester United to further glory. That feels like a lifetime ago now, and he is further away from that gig than ever before.

Although, when you consider how clubs are now increasingly looking to club legends to take the reins, maybe that isn’t such a foolhardy idea. United fans recently expressed their desire to see the former midfielder return to Old Trafford and sort out an overpaid and overrated dressing room.

As tempting as it is to see how that would play out, it’s easy to imagine a scenario where Keane’s United is even worse than they were in the final few months of last season. We are still waiting to figure out if Ole Gunnar Solskjaer has the right approach or ideas to take the club forward, but we do know that he does at least have the right temperament for management. Keane decidedly does not.

Where does that leave the Irishman then? Earlier this year he was linked with the Celtic job, but he is otherwise rarely linked with high profile vacancies. That might make his search for a new role especially difficult since he apparently does not want to go chasing clubs for work, but rather let them come to him.

In reality, only a team in a desperate situation would turn to Keane, perhaps an owner who thinks their players need a good kick up the arse or perhaps they could do with the publicity, and thus the bums on seats, that they need. A return to his hometown where Cork City are in need of a permanent manager could be the fairytale move, but his ambitions are probably above the League of Ireland.

At this stage, it might be time for Roy to admit that his place is in the studio, where he can safely chastise professional footballers from a distance.