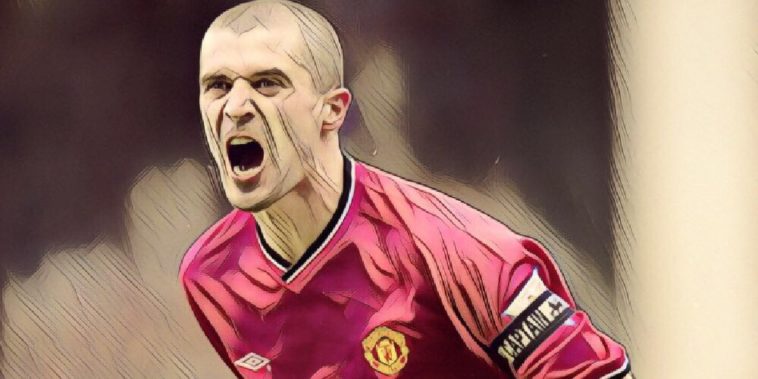 Now, we know this one is a non-starter, but there seems to be a social media clamouring for Roy Keane to return to Manchester United.

In a time where Jesse Lingard is boiling the piss of the Manchester United faithful after his antics on Snapchat, while Paul Pogba consistently continues to divide opinions, the news of Roy Keane’s Nottingham Forest exit on Sunday has spiked the attention of the fans who used to worship him.

Keane, a man infamous for his no bullsh*t attitude, has often spoken about the current plight of his former club, saying its a squad full of ‘bluffers’, and has said he ‘wouldn’t trust a word’ that Paul Pogba says.

While it is being reported that Keane is looking to restart his own managerial career having spent the last six years as a number two, that hasn’t stopped hoards of United fans clamoring for their former captains return to Old Trafford, either as Ole Gunnar Solskjaer’s assistant or as the clubs director of football.

Imagine if Keane came back.

Roy Keane leaves his job as Assistant Manager at Nottingham Forest. Don't care how good a coach he is would just love him to be made Ole's assistant and see what he says to this current lot of bottlers.#MUFC pic.twitter.com/nq6HL5sriX

There’s no way Roy Keane comes back to a role at United with Fergie as Director… BUT if he did.. pic.twitter.com/utnUpGfXN3

Roy Keane as United assistant manager would be like a nuclear bomb going off. Brief, devastating and only a couple of survivors left to rebuild.

Personally, I'd have it.

I would love to see Roy Keane back at Manchester United in some capacity. #keanelegend

Roy Keane back at Manchester United would certainly put the cat amongst the pigeons.